20 for 2020 ... Let’s work together to get our products to market, grow our industries, and work with communities and corporate partners to maximize job creation


Today is day #6 on our journey of “20 for 2020”.  As I mentioned at the outset of this series, five of the twenty come directly from the BC Conservative Party, and this mornings commentary is no exception.  The next BC government must be committed to ... Sustainable Resource Development 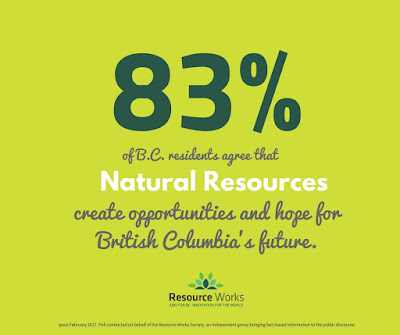 British Columbia is the most diverse province in Canada. Our resources are under fire and now is the time to act. We will negotiate and find new trade markets to return safe and sustainable Forestry, Natural Gas, Fishing and Farming industries back in the hands of hard-working British Columbians.

From siding with environmentalists over the well-being of industry and resources workers, even though we have some of the best enviro protections in the world ... to wasting millions in court battles and fights over developing job-creating pipelines ... to doing little in the way of demanding federal action in the softwood lumber dispute with the United States ... to shackling development of new mines ... this government has created hardships on too many of the men and women simply trying to carve out a lifestyle for themselves and their families.

Do I believe that environmental concerns and protections need to be tossed out the window, in favour of unfettered resource development? Far from it.
There does however need to be some kind of balance – and that seems sadly lacking with former Sierra Club Executive Director George Heyman as the Minister in charge of the Environment Ministry.

This is what Joe Foy, national campaign director for the Wilderness Committee, said upon hearing of Heymans appointment following the 2017 provincial election, a Vancouver Sun article:

“I’m over the moon. I think he’s going to be a fantastic environment minister. It’s a great choice. George is a fighter. I think he’ll do well.”

Furthermore, Tim Pearson from the Sierra Club BC urged Heyman ... to be a strong advocate on all issues that touch upon the environment whether or not they fall directly into his portfolio.

And from well known St. David Suzuki came these words, “... people are at the core of the eco-crisis ... we can’t have a genuine sustainable society without social justice and greater gender and financial equity. George Heyman is an environmentalist with a track record as a social and labour activist. A great start for this young government.” 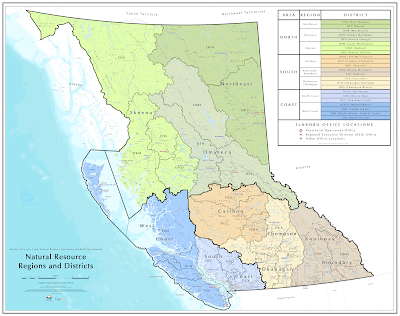 With friends like these cheering on the NDP government of John Horgan, it’s hard to deny the fact it’s unlikely resource workers can have balance from a government so one-sided on the environment.

These thoughts from BC Conservative Party leader Trevor Bolin, quoted back in July of last year, are more of what we need from those wishing to govern us:

“Let’s work together to get our products to market, grow our industries, and work with our communities and corporate partners to maximize job creation, while protecting and enhancing our working-class citizens”.

Please note ... if you’re looking to check out the initial first four items, click on the following links:
#1 … those who wish to lead, should acknowledge that government must be about people.

#2 … a review of services provided to areas and regions where much of the provinces revenues are collected from.

#3 … there should be a full review of all license costs and fees, which the provincial government has imposed upon us, to see where and how they are being used

#4 ... we need a permanent fix to the problem of keeping medical practitioners in some of the more rural areas of the province

#5 ... put an immediate end to the Community Benefits Agreement