ADAM OLSEN -- BC Greens are not opposed to resource use, however, we have long been critical of how our natural resources have been managed 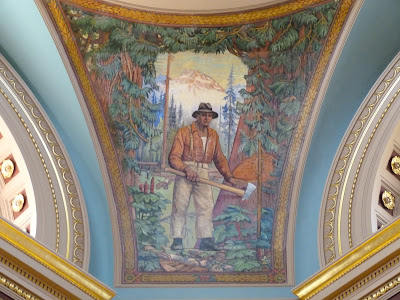 The BC Natural Resources Forum in Prince George this past week brought together resource industry leaders, provincial government officials and Indigenous leaders to discuss how we can enhance sustainability and competitiveness in British Columbia’s resource sector, and, for the first time the BC Greens attended.

Natural resources have been the foundation of the British Columbia economy.

In the rotunda at the legislature there are paintings depicting agriculture, fishing, forestry and mining, four industries that have been the source of much of the prosperity of our people, communities and province.

The BC Greens are not opposed to resource use. However, we have long been critical of how our natural resources have been managed. We are concerned about a model of natural resource development in BC that has for too long relied upon simply extracting and exporting non-renewable resources, often in a way that benefits the shareholders of major multinational corporations more than it benefits local communities, and that forgoes economic opportunities for people here. 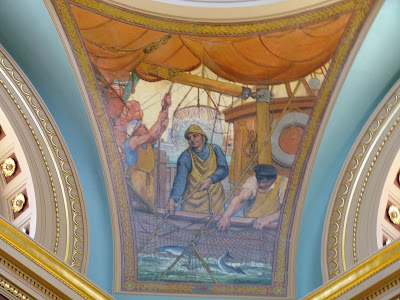 We have outstanding natural assets in BC, and we can be smarter and more innovative about how we manage them, taking a truly sustainable approach. There are some exciting developments in this direction - for example, Canada’s Digital SuperCluster, Innovate BC, and a number of tech companies participated in this forum. Through partnerships with the tech sector we can make our natural resource sectors more competitive, more efficient, and add more value in BC communities.

Our criticisms of historic and current provincial government policy is not an attack on industry, workers or rural communities.

It is the job of the BC Greens, as members of the opposition and partners with the government, to create a healthy tension (even at times in an imperfect way), demand better policy and much longer-term thinking, that stewards our natural resources for the benefit of current and future generations of British Columbians.

In some cases, we are the lone voices in opposition asking tough question and demanding answers. 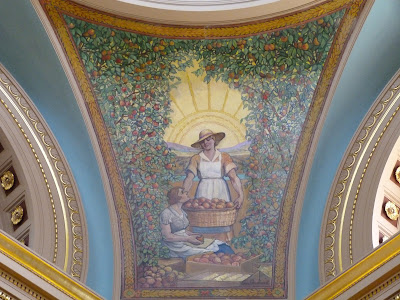 The lofty claims of the liquefied natural gas industry is an example. There are substantial environmental and social challenges that are the result of a massive expansion of fracking, fugitive methane emissions, energy intensive processes of liquefaction and shipping a fossil fuel in a time when we know we need to be urgently moving away from fossil fuels, not trading one fossil fuel for another.

The BC Greens are the only MLAs that criticized and voted against the massive taxpayer funded corporate welfare package for LNG. While our colleagues in the BC NDP and BC Liberals celebrate the so-called economic windfall, they conveniently ignore these huge subsidies, the increasing costs of climate change, and Indigenous rights and the social maladies created by going all in on boom and bust projects.

It is this model of natural resource use that deeply concerns me. As we see ecosystems collapse causing mass biodiversity loss as a result of this old-style approach, and government policy continuing the decades-old policy of division in Indigenous communities, it is clear we have to embrace a new path forward. 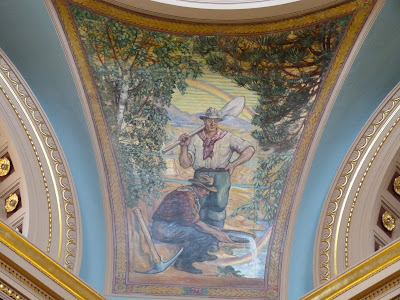 The BC Greens are thankful for the warm reception at the BC Natural Resources Forum. It’s with an open heart and a commitment to dialogue that we can overcome our differences.

We must support the people and communities across our province. We are stronger when all of the regions of British Columbia are thriving. My role is to ensure the politicians in Victoria are making good decisions based on science and with the long-term health and well-being of British Columbians at the core.

Adam Olsen is the Member of the Legislative Assembly of British Columbia for Saanich North and the Islands, and currently the interim leader for the BC Green Party.