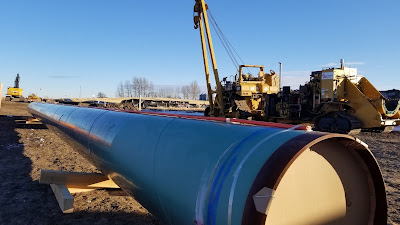 TODAY, THE SUPREME COURT OF CANADA issued a unanimous decision on the Trans Mountain Expansion Project.

After reading the following comments, who do you think is best articulating how you feel?

BC Premier John Horgan;
“Clearly, we are disappointed by the decision, but this does not reduce our concerns regarding the potential of a catastrophic oil spill on our coast. Our government takes our responsibility to defend the interests of British Columbians seriously. When it comes to protecting our coast, our environment and our economy, we will continue do all we can within our jurisdiction.”

George Heyman, BC Minister of Environment and Climate Change Strategy; “The Province has been reviewing the conditions attached to the provincial environmental certificate as directed by the BC Court of Appeal’s decision last fall.

Today’s decision provides some further context for that work. We remain concerned about the risks posed by diluted bitumen, and we will continue to do all we can to defend our environment, our coast and the tens of thousands of jobs that rely on them.”

Doug Schweitzer, Alberta Minister of Justice and Solicitor General:
“The Supreme Court of Canada has upheld the rule of law and put an end to the British Columbia government’s campaign of obstruction against Alberta energy ... ruled the BC government does not have constitutional authority to stop the Trans Mountain Pipeline expansion through delay, uncertainty and the likely prospect of future litigation ... (we) look forward to the continued construction of the Trans Mountain Pipeline.”

BC Liberal Leader Andrew Wilkinson;
“John Horgan knew the federal government held clear jurisdiction over the pipeline but he spent millions of dollars just in political posturing ... documents reveal that as of March 31st, 2019, the NDP had spent nearly $1 million in taxpayer dollars on external legal fees alone ... this has been a total waste of BC taxpayer money by the NDP. British Columbians deserve better”.

AND THEN WE HAVE the comments of John Feldsted, a political commentator, consultant, and strategist, from Winnipeg;
“The dismissal came as no surprise. The British Columbia argument was a wretched effort to maintain that provincial environmental law is paramount over federal constitutional authority. That simply did not fly. The general rule is that when provincial law conflicts with federal law, federal law will prevail (there are rare exceptions)”.

One thing is certain for me ... Horgan and Heyman have been little more than obstructionists for over two years now.  Hopefully, with this decision, it will end, and construction of the Trans Mountain pipeline can go on without further issue.