David Eby has forgotten the NDP government, of which he is a part of, has had plenty of opportunity to make changes to legal services long before now


On Thursday, Attorney General David Eby dropped by Kamloops to let us know that the provincial government was, in his words ... delivering on its commitment to enhance access to justice for British Columbians ... and that they were providing ... a $250,000 grant to establish a new legal clinic at the Kamloops and District Elizabeth Fry Society. 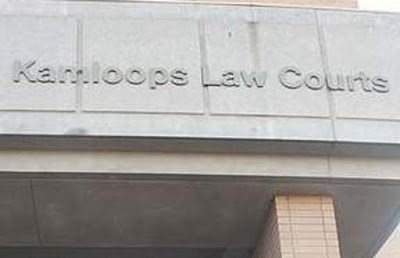 Of course, he couldn’t, and wouldn’t, miss the opportunity to blame the previous Liberal government for all of the woes in the those in financial hardship from accessing assistance in legal matters.

“Cuts to legal aid by the previous government meant that often times residents of the Kamloops area had to seek legal assistance and advice over the phone with lawyers in Vancouver, if they could find help at all,” said Eby.

According to the government media release, the grant (my bold italics), which was awarded through the Law Foundation of BC, is part of a $2-million commitment by government that will support eight advocacy clinics in the province to hire experienced lawyers and staff who can offer legal advice to their clients and act as legal counsel in proceedings. The foundation will provide coaching, tools and support to enhance the services provided by the society, all at no cost to their clients.

Here's the thing --- once again this is a GRANT to establish the legal clinic in Kamloops, as well as 7 others they are / have set up.

What will happen in a year from now – in two years – or whenever the grant runs out?


They’ll have to go, cap in hand, to ask for something that should instead be funded on an ongoing basis; they should not have to wonder where the money is going to come from, so that they are able to continue providing this much needed service.

Once again, I feel it necessary to remind people that a seven percent sales tax, was added to legal fees, for the express purpose of funding legal aid. Just to confirm that statement, here is what the BC Chamber of Commerce itself stated back in 2017.

“In 1992, with the claim that the funds would be utilized to fund legal aid, Finance Minister Glen Clark of the NDP introduced a retail sales tax, now levied pursuant to sections 126 to 127 of the Provincial Sales Tax Act of B.C. (formerly, the Social Service Tax of B.C.), both as amended from time to time (“PST”) at the rate of 7% of the purchase price of any legal services provided in BC or to a BC resident. With the sole exception of legal aid, PST applies to all legal services provided to individuals and businesses.”

What else did the BC Chamber have to say?

“Only ½ for Legal Aid. While it was implied that the tax was to fund the laudable goal of access to justice for the impoverished, of the approximately $12 million a month that the Provincial Government collects from the 7% PST on legal services, only “slightly more than half” is actually spent on legal aid.[4] In 2009, of the $144.8 million collected of PST on legal services, only $80 million was actually allocated to legal aid for disadvantaged British Columbians”.

BC Attorney General David Eby is right when he says, “Navigating the justice system can be a costly and stressful experience, particularly for the most vulnerable residents of our province”.

He is only marginally correct however in the statement he also made ... “This funding sends a clear message that our government is helping ensure that all British Columbians are able to access the legal assistance they require whenever they need it.”

If indeed they are willing to help ensure that ‘all British Columbians are able to access the legal assistance they require whenever they need it’ , then they need to make this a long-term commitment.