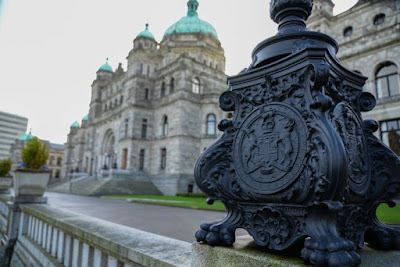 It’s Friday, January 3rd, and that means its time for the third thought, or idea, from my list of “20 for 2020”. For those who are just joining us, these are twenty ideas being presented over the first 20 days of the year … ideas which I believe should be implemented by any political party in British Columbia which wishes to govern us.

On Wednesday we started out with something paraphrased from the BC Conservatives in which I stated that … those who wish to lead, should acknowledge that government must be about people.

Then yesterday, I suggested a need for … a review of services provided to areas and regions where much of the provinces revenues are collected from.

Now, here is suggestion number three … there should be a full review of all license costs and fees, which the provincial government has imposed upon us, to see where and how they are being used.

For example, are the monies collected for hunting and fishing licenses being used in their entirety for the protection of their environment, for reproduction enhancement, and to ensure the health of species?


Where do the recycling fees imposed on batteries, tires, electronics, and appliances go … how is this money used?

The provincial sales tax (PST) was imposed on legal services a number of years ago; government essentially implied this revenue source would be used to fund Legal Aid, and to provide better and more consistent services.  This still has not happened as government siphons a portion of it off to be used for other purposes.

The government imposes many charges and fees upon us through-out the year, but where does that money really go?  The majority goes towards whatever the government of the day decides to spend it on – that’s wrong.

Either fund whatever the money has been collected for, and if more is raised than required, then reduce the costs to us. If not?  Well they’ve done nothing more than impose a tax on us for whatever use they decide. Again, that’s wrong.