SURVEY SAYS ... half of respondents were pessimistic about the future of BC's natural resource sector; may reflect slow pace of project approval in BC, and well-publicized opposition to resource development 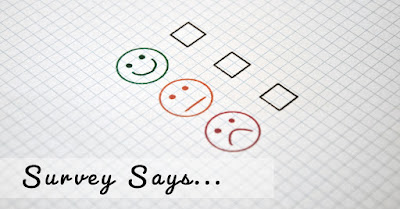 That's one of the key findings of the inaugural BC Natural Resources Survey conducted by the BC Chamber of Commerce, C3 Alliance Corp, and research company Abacus Data, between November 14th of last year, and January 10th of this year.

The survey was designed to gauge public perceptions on natural resource development, growth prospects for various business sectors, obstacles holding back resource expansion and ideas for sustainable development, among other issues.

More than 1,000 individuals responded to the survey, representing a broad cross-section of British Columbians comprising a healthy mix of income and education levels, geographic regions, and spanning diverse political affiliations. Half of respondents had no ties to the resource sector, while the other half either worked in natural resources or had a family member or acquaintance affiliated with the sector.

"We undertook this research project to get a better sense of how British Columbians felt about the province's economic drivers," said Sarah Weber, President and CEO, C3 Alliance Corp.

"Clearly, BC residents understand the important contribution of natural resources to their economic well being. Even among individuals who are not connected to the sector, there's a deep appreciation for the role natural resources play in driving BC's prosperity."

Among the survey findings:

"What we're seeing is broad-based support for responsible resource development by British Columbians," said Val Litwin, President and CEO of the BC Chamber of Commerce.

"BC's reliance on clean hydroelectricity gives our resource sector a distinct low-carbon advantage compared to other international jurisdictions.  This is a key selling point that we should be marketing aggressively to help grow our economic base."

British Columbians recognize this export attribute, with 78% of respondents saying they would like BC to more aggressively promote its "low-carbon advantage" globally.

When asked how important various business sectors will be in ten years, 47% cited natural resources, with another 36% stated the sector will play the same role it does today.

It's notable that when asked how they would prefer specific sectors to rank in terms of their importance to the BC economy, 53% of British Columbians said they would like to see forestry become 'more important' followed by 44% who cited mining.

Surprisingly, half of respondents were pessimistic about the future of the province's natural resource sector, which may reflect the slow pace of project approval in BC and well-publicized opposition to resource development. Impediments to growth cited include onerous government regulations, pressure groups and protests, climate change, labour costs, insufficient government incentives to attract investment, competition for talent, climate and taxes.

British Columbians believe we must take measures to improve economic prospects for the natural resources industry including; promoting innovation, positioning BC as a leader in low-carbon resource products and identifying and building markets for sustainably produced products.