When NDP Premier John Horgan gave official recognition to the BC Green Party, he also gave them tens of thousand in additional financial resources that would not have normally been available to them.

This included extra pay, on top of the regular salary all MLA’s receive, amounting to an annual $26,470 for Weaver as leader of the third party, and $10,588 each for Adam Olsen and Sonia Furstenau for their roles as a House Leader and Party Whip. 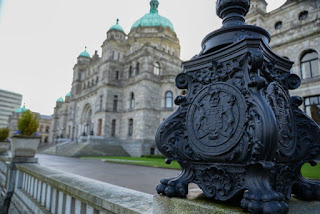 Late this morning, BC Conservative leader Trevor Bolin commented on what he believes should be the new political reality in the BC legislature, following Andrew Weavers resignation from the BC Green Party;

“I believe if Premier Horgan had British Columbians best interests at the forefront, like he has said he does, this additional funding would have ended upon the recent announcement from Dr. Weaver, to sit as an independent member of the BC legislature”, Conservative leader Bolin stated.

Part of the Green Parties original negotiations, to prop up the minority NDP government (following the 2017 provincial general election) also included monies for communications and research, additional office space, and more ... albeit not the full amount the party would have received had they elected the minimum four members normally required.

The last time the issue of official recognition occurred in 2001, when the BC NDP were nearly wiped off the electoral map, going from holding the reins of government with 39 seats, to just two, once votes were counted.  While being criticized by some for its actions, the Liberals under leader Gordon Campbell did not grant the NDP official party status – and rightly so.

This is likely why Bolin concluded his remarks to me by stating;

“We have all been witness to a government that is working in the best interest of ‘politicians’ for far too long".

"We need to get people back in government, people who understand how to create jobs, how to work with industry, how to ensure the prosperity of future generations is with grasp for all British Columbians”.