AARON GUNN -- this actually undermines the very basis of confederation, that together we are stronger than we would be apart 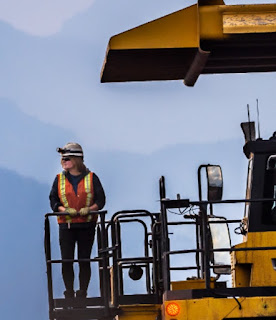 Is a national unity crisis about to descend on to Canada?

That could be the result, if Prime Minister Justin Trudeau government proceeds, as it’s beginning to suggest, in torpedoing yet another massive energy project in the province of Alberta.

There have been warning signs that the federal Liberal government could delay, or outright reject, Teck Resources $20 billion oil sands project (Frontier Oil Sands Mine), that would employ up to 7,000 Canadians.

This, even though the project has cleared every regulatory hurdle, exceeded every environmental requirement, and has the support of all 14 First Nations in the area.

And make no mistake, if the government rejects this project, a project with zero local opposition, and massive economic potential, it is sending a clear message – a message that no resource project will be approved in Canada again.

For a province like Alberta or Saskatchewan, or even in northern British Columbia, this actually undermines the very basis of confederation, that together we are stronger than we would be apart.

It would also completely ignore Section 92a of our constitution that’s supposed to guarantee each province control over the development of its own natural resources. There’s only so much so much economic damage a federal government can inflict on a region, before the people finally say. ‘Enough is enough’.

So instead of needlessly breathing life in to a resurgent separatist movement in Western Canada, it’s time for this government to simply treat the West with the respect it deserves.