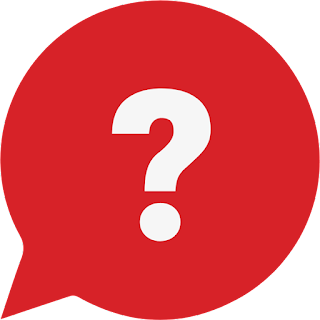 In Ottawa, the issue drawing the most debate are the illegal blockades in several areas around Canada, relating to the approval of the $6-billion, 670 kilometre proposed Coastal GasLink Liquefied Natural Gas (LNG) pipeline.

The opposition of this pipeline project is by five Wet'suwet'en hereditary chiefs and their supporters, both aboriginal and non-aboriginal, who believe this project should not proceed without the consent of the five Chiefs' in question.

On the other side of this proposed LNG project are the supporters -- in this case, all twenty First Nations along the route, represented by democratically elected Chiefs' & Councils', have signed letters of support for the project.

These letters of support provide financial, employment and training benefits estimated at close to $1 billion to the aboriginal communities along the 670 km pipeline route.


The debate has been focussed largely on the Prime Minister’s lack of any announced plan on how to deal with the blockades that could soon threaten both our economy and public safety. Aside from economic interests, chemicals to treat domestic water systems, to de-ice planes so they can fly safely, in addition to propane to heat homes, food, as well as oil and gas, all depend on rail transport to reach Canadian destinations.

So where does the Liberal Government stand?

Does it stand with the will of democratically elected Chiefs' and Councils' who represent the majority of aboriginals in this region who support this LNG project and the much needed benefits?

Or does the Liberal Government stand with the minority of those who oppose this project, in many cases the same interests and activists who frequently oppose Canadian energy projects?

For many, this is a complex issue that requires differing interpretations and definitions of the role of unelected Hereditary Chiefs, as opposed to democratically elected Chiefs and band councils.

Many point out the need for full reconciliation, as a solution, while others suggest the Indian Act needs to be abolished.

Prime Minister Justin Trudeau has stated that “more dialogue” and “patience” is the solution.

From my perspective I feel it must be pointed out that in no democratic system of governance is there ever 100% agreement on any issue. I would submit that different perspectives and differing solutions, that can be meaningfully debated, is part of a healthy democracy.

However in this situation I am greatly concerned.


It would seem that some believe that having all 20 different First Nations’ communities along the route signing letters of support for this LNG project by democratically elected band council's is not enough.

The activists and protestors seem to suggest that the five Hereditary Chiefs' in opposition must also fully support this project or it should be cancelled. In other words there is an expectation for 100% agreement.

This is a threshold that I believe very few, if any, healthy democratic societies could ever hope to achieve.

This is not unlike what we see with many BC municipalities who frequently take different positions on a variety of topics.

In listening to former Chiefs -- such as former Haisla Nation Chief Councillor Ellis Ross -- I believe democratically elected Chiefs' and Councils', who support projects that can help lift their communities out of poverty, must be respected by the democratic will of the community.

Here is my question this week:

“Do you agree with my last statement?”