A fellow Kamloops City councillor had a recent post wherein he asked what people considered that politicians, in general, could do to build more trust in those they serve and represent. This is a valid, fair, though difficult question.
His post received many cogent and thoughtful replies and I’d just like to add my perspective if I may.

There have been, and still are, politicians that have and continue to put their own interests ahead of those of the public they serve.

This tends to happen more often in larger political arenas than in what’s found at the local level. The sad reality, however, is that the average citizen doesn’t differentiate between levels of government and sees them all painted with the same brush.

In their mind when it comes to corruption, local, provincial, or federal, a bad apple just goes to show just how broken our system is.

As a politician, my trying to convince you that this behaviour is not indicative of the whole nor as pervasive as you might think would only be seen as an expected defensive reaction. Therefore, I’m going to take off my political hat and try to answer the original question as a tax-paying member of our community ... “What do politicians in general need to do to engender more trust in those they serve?”

Quite often politicians are placed in positions where they can’t be completely transparent. This may be a result of confidentiality agreements, land deals, labour negotiations, legal proceedings to name a few.

Key here though is that rather than beating around the bush - so to speak - it is far more prudent to just admit that you can’t speak on the matter. Not being able to comment is not lying, however, attempting to sugar coat in an effort to appease can be perceived as being just that. 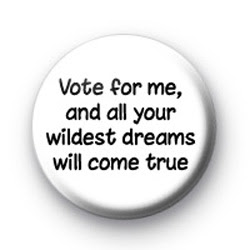 Second ... don’t promise the moon, stars, galaxies or the universe if you can’t deliver.

Whether it’s lower taxes, new infrastructure, variances, electoral reform, etc ... it’s impossible to walk back from promises that aren’t kept. It is far better to say that you will consider these issues and bring them forward to whichever level of government you represent in an attempt to address them.

Never guarantee outcomes. Unfulfilled promises are considered an abrogation of trust and that is counter to what any elected official has declared an oath to prevent.

Whether in person, by phone, mail, social media, just be there. Be prepared to listen, consider, and bring forward without committing to outcomes. Recognize your role as one of many, advocate for those you serve and debate on the merits of the issues.

Politicians serve at the will of the people ... primarily because they have convinced enough people that they share common core beliefs and concerns. Once elected however, their responsibility is not just to those who have elected them but to the overall community, province, federation.

Positions change as a result of new information, compelling debate, clearer perspectives. Recognizing that it illustrates how your elected official is open-minded on all issues in the interests of determining what serves the populace while considering every voice.

In closing, while answering the original question ...

The way to instill trust is not to be swayed by emotion -- not to be guided by threats -- not take the politically expedient route -- but give due consideration, listen unbiasedly, deliberate fairly, and finally take comfort in the fact that you have above all been honest and are willing to face your public every day.

Dieter was born in Germany and raised in Kitimat.  He met his wife Deb Kellogg, who grew up in Kamloops, in Victoria and has been married for 34+ years. They have two adult children.

His passion for sustainability led him to purchase and develop a 10-acre property where he and Deb have successfully established an organic vegetable farm and business.
Elected in November of 2014, Dieter is also a Councillor with the City of Kamloops.