FELDSTED -- We have millions displaced fleeing conflicts or persecution. That's precisely what the UN was created to prevent, and the organization is a colossal failure


Let’s get one thing straight ...  a temporary (two-year term) seat on the Security Council is not worth much and has very little impact on United Nations affairs. 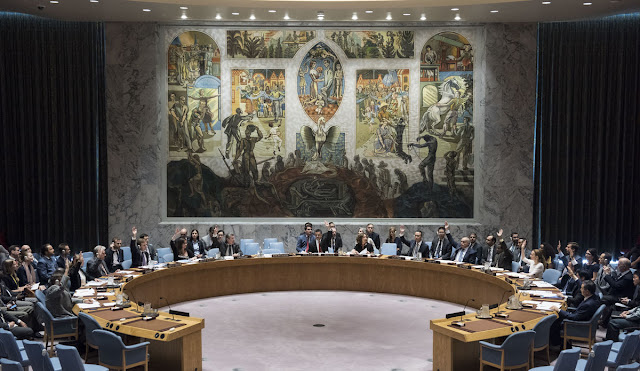 The security Council has fifteen members:

Germany and Indonesia are being replaced this year, but the rotating term members are not a “Who’s Who” of world leaders.

Any resolution raised by Security Council members or forwarded from the UN General Assembly can be quashed by any one of the five permanent members and often is.

There is a good deal of cost to holding a Security Council seat and it is not a venue where Canada can raise equality, human rights, women’s rights, worker’s rights or other issues dear to Mr. Trudeau’s heart with any hope of success.

General Assembly resolutions condemning Israel, usually sponsored by the African nations Justin Trudeau is currently campaigning are common and regular. Does this represent a shift in Canada’s foreign policy?

The objective of the five permanent members is to protect their geopolitical aspirations first and always. The members are often clandestinely funding and supporting opposite sides in an internal skirmish or civil war. 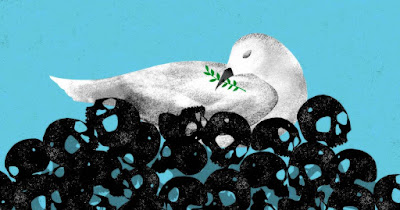 The result is a failure to prevent or stop armed conflicts even though civilian populations pay the price in displacement from their homes, injuries or deaths.
We have millions of people displaced fleeing conflicts or persecution. That is precisely what the UN was created to prevent ... and the organization is a colossal failure.

Instead of being guardian of a peaceful orderly world with minimal conflict, the United Nations has evolved into a socialist paradise with the aim of wealth redistribution to ensure that we all suffer an equal share of misery and poverty while ruled by unaccountable bureaucrats in the UN system.

The United Nations was not created to preside over global warning. UN Bureaucrats saw global warming predictions as an opportunity to punish industrialized nations for their success and a means to transfer wealth to the third world.

It is really a taxation scheme to fund foreign aid without the consent of the funding nation’s governments. That is what the penalties for failing to meet Paris Agreement emission reduction targets are all about. The first attempt to spell out the penalties, which are supposed to take effect this year failed as industrialized nation would not agree to the terms.

The UN is going to try to set penalties again at the next Climate Change Conference in Glasgow, Scotland (COP 26) November 9-19, 2020. Hang on to your wallets!

There is no prestige in supporting this exercise in communism lite; only increasing expense to us and our economy which we do not need or want.

It is time to tell the United Nations farewell; we loved it for the hope it offered when it was formed but cannot abide what it has become.