FORSETH -- Let me ask you, are words and comments like this a refection of our sad state of political discourse

The other day on social media, I shared a link to the following post from the Conservative Party of BC:

... Conservative Party leader Trevor Bolin says, ‘Those who are illegally blocking the rights of others today, may be the ones who, in the future, will need the same protections of law which they are now flouting’ ...

Please feel free to read the rest of his comments, at the link I have provided, however, this commentary isn’t about that post, it is in fact about a reaction to it.

The reaction was directed to me, by an individual named Tony Brummel, who said, and I quote:

EXCUSE ME, I said, and then continued, What the hell gives you the right to be such an ignorant moron. Given this comment from you, you are the perfect example, and description, of the saying, "Some people don't think their shit stinks"

Your Mamma must be real proud of your excellent vocabulary.

And the not unexpected response from Ms. Brummel?  “I'd rather be that than a racist”

The thing is, it’s easy to throw insulting words around; especially some one has no idea of the character, background, or 'actual' beliefs of the individual they are insulting which their thoughtless, and perhaps unwise, remarks.

Let me ask you, are words and comments like this a refection of our sad state of political discourse ... or are they the rantings that come from of a small segment of British Columbians?

FULL DISCLOSURE ... I have at time also been guilty of saying or using words that perhaps weren’t the best choice. I will also admit that many of us can get heated in the moment, which is why prudence is a better approach. 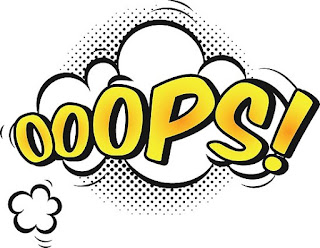 Perhaps that is why, after I began writing this commentary yesterday, Tony returned to the conversation saying:

It's just possible that I attributed Mr. Bolin’s' words to you Allen. If I misspoke, I offer my condolences. I support the Wet'suwet'en completely. So !! lets hear it from you. Do you support their actions as a expression of their title and rights?

Here’s the things however, the issue wasn’t who said the words she objected to -- words which far more Canadians than not agree with -- so I responded saying;

You did indeed attribute the words of Conservative leader Trevor Bolin to me. Regardless your use of the "F" bomb was completely unacceptable.

This not what you'll want to hear Tony, however I do not support the actions of those who are going against every single First Nation community, governed by their "elected" governments.

I will call those who hide behind masks, cowards.

I will call outside agitators from foreign countries paid terrorists.

I will call those who are blocking parents trying to get home to their families ... to work ... to appointments ... to their parents in seniors homes ... misguided fools.

I've said it before...they are welcome to object and protest all that want, but when it comes to strong arm tactics, and illegal blockades, enough us enough

As I close these thoughts and words for today, here is what I will take comfort in knowing --- Tony’s idea of how one approaches dialogue is not shared by the majority of British Columbians ...

... and I am glad that I can, for the most part, have a respectful dialogue with those who have a difference of opinion from me.