John Horgan’s NDP caribou consultation really was a sham all along, say BC Liberals 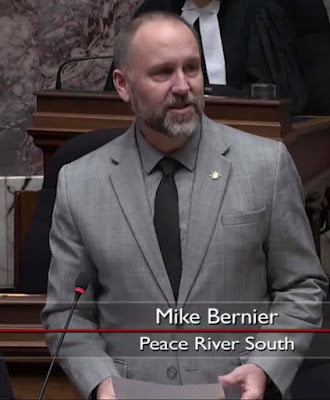 Today’s announcement from John Horgan and the NDP has confirmed last year’s sham caribou consultation was indeed a staged political performance, with the government now moving ahead with their flawed original plan.

“This is yet another slap in the face to rural British Columbia with John Horgan once again ignoring the concerns of local residents and stakeholders,” said Mike Bernier, MLA for Peace River South.

“John Horgan and the NDP never had any intention to adopt the 14 recommendations presented to government last June. Moving ahead without any meaningful input from the general public shows John Horgan’s disregard for this entire region of B.C.”

Today’s announcement confirms what has been known throughout the region all along — that the NDP are unwilling to compromise on the two partnership agreements they negotiated behind closed doors and that the insincere consultation that followed was nothing more than a show.

“People here in rural British Columbia have zero confidence in John Horgan or the NDP. They deliberately mislead local governments, businesses, and stakeholders,” added Donna Barnett, MLA for Cariboo-Chilcotin. “The NDP promised to do better after their sham consultation but it’s now clear this whole farce was never genuine and was only done to provide political cover for John Horgan.”

At the request of John Horgan, NDP-hired community liaison Blair Lekstrom submitted 14 recommendations last May to chart a new path forward on caribou conservation. The government responded the following month by imposing an interim moratorium on new resource development in parts of northeastern British Columbia.

“John Horgan continues to ignore rural voices on everything from the forestry crisis to caribou conservation. We deserve a Premier who listens to, and governs for, the entire province, not just his friends and insiders in Victoria and Vancouver.”