FORSETH -- I for one do not understand our quest for a seat on the UN Security Council. For Trudeau however, it is a matter of vanity, and little more than that

To that end, Prime Minister Justin Trudeau spoke yesterday with the Permanent Representatives of the Arab League countries, to continue that campaign.

According to the Prime Ministers Office, Trudeau ... welcomed the close ties between Canada and the Arab League countries, noting that over one million Arab-Canadians call Canada home.

What can be said about these twenty-two countries that make up the Arab League however?

According to The Democracy Index, compiled by the UK based Economist Intelligence Unit (EIU) they rate nearly every country in the Arab League as having an authoritarian style of government.  Additionally, Syria and Yemen score less than 1 out of ten on their scale of civil liberties. Six countries -- Bahrain, Egypt, Iraq, Libya, Saudi Arabia, and the Sudan – scored less than 3 out of 10 (1.18 to 2.8). There were only four countries - Algeria, Lebanon, Morocco and Oman managed to score over 4 ... all of them were under 50% (4.1 to 4.71 on a scale of 1 to 10).

These are just some of the countries that our Prime Minister is trying to influence, in his egotistical quest for that TEMPORARY two-year seat on the UN Security Council.

And just in case representatives of these Arab League countries had forgotten, Trudeau took the time to remind them ... of Canada’s important contributions to peace and security in the Middle East. 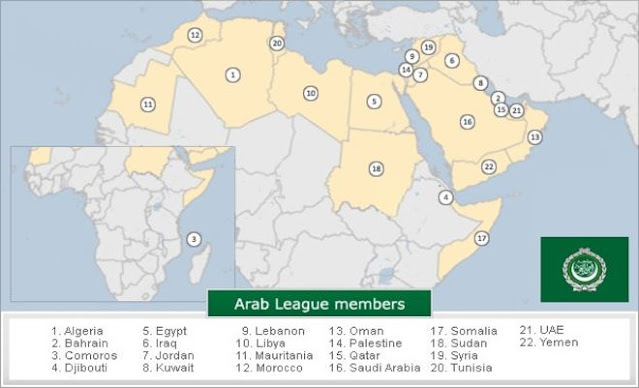 Prime Minister Trudeau and the above-mentioned authoritarian regimes of the Arab League also discussed and exchanged viewpoints on the importance of promoting peace and security in the Middle East ... climate change ... gender equality ... and the Women, Peace and Security agenda.

Trudeau likes to do a lot of talking – and I think perhaps, in some ways, he uses this to help convince himself he is actually accomplishing some of the platitudes he utters.

On October 24th of last year, for example, he stated that we ... will continue to engage partners from around the world to achieve global security and prosperity ... and that we will ... work closely with the UN to meet the challenges of the 21st century.

The United Nations however – through the UN Security Council – has basically been a toothless organization, letting multiple dictatorships, authoritarian regimes, and armed guerilla organizations to murder their own citizens, and those of their neighbours.

Prime examples for just the past few years include the Syrian regime of Bashar Hafez al-Assad murdering its' own citizens in a long-standing civil war; including through poison gas attacks ... Russia’s illegal annexing of the Crimean region of the Ukraine ... China’s heavy-handed influence over the government of Hong Kong ... multiple civil wars including in Yemen ... missile testing by North Korea ... Venezuela’s dictatorship stealing the last national election ... Turkey’s ruthless campaign to wipe out the Kurd’s ... and the armed conflict of the Islamic State.

Other than words ... more words ... and even more words, the United Nations – and the UN Security Council – did virtually nothing to end these illegal actions. That’s because the Security Council is a toothless organization, led by five countries (the US, Russia, China, the UK, and France) with wildly differing political viewpoints; and any of which can invoke a veto against any actions which the UN recommends be undertaken. 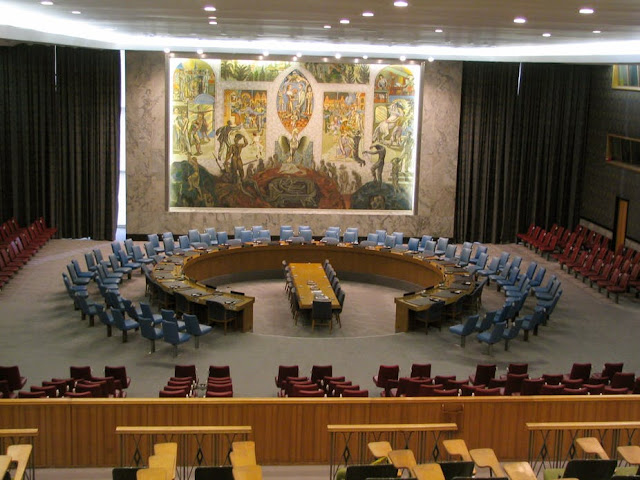 Talk about the ultimate ‘coffee klatch’ ... it’s just a bunch of people get together, over coffee, to talk about things that are likely never to be accomplished!

This is what our esteemed leader, wants us to be part of ... and also what he is spending millions upon millions of dollars to try and accomplish.

Sadly, an organization that could have theoretically accomplished much good, simply has far too many countries which are working against the very principles that led to its coming in to existence ... those being:

... the maintenance of international peace and security; the development of friendly relations among states; and the achievement of cooperation in solving international economic, social, cultural, and humanitarian problems ...

I cannot honestly think of one recent conflict where these objectives have been met, and therefore I, for one, do not understand why we would seek a place at the table of the Security Council.

For Trudeau however, it is a matter of vanity, and little more than that.