ROTHENBURGER -- With his ever-increasing spending announcements, one wonders how many more of his briefings we can afford

PRIME MINISTER JUSTIN TRUDEAU has been working very hard since the start of the COVID-19 pandemic. Time for him to take a break.

Almost every day around 8 a.m. or so, Trudeau steps out between the potted fir trees at his house and takes to the lectern to talk about the pandemic. It’s safe to say no prime minister in history has talked to Canadians directly as often as Trudeau now has.

Ever since he announced an $82 billion stimulus package and a ban on non-essential Canada-U.S. travel in his very first driveway chats way back in March, he’s rarely missed a daily update. When he does, that in itself becomes national news.

At times, Trudeau has shown true leadership as he delivers a mini-sermon along with some new grant programs. At others, such as when he worried about people “speaking moistly” on each other, it’s been cringe-worthy.

With his ever-increasing spending announcements — which are now around $150 billion for COVID-19 — one wonders how many more of his briefings we can afford.

What started out as must-see TV has become a lot of white noise in the background of the pandemic. Viewership must surely have fallen off dramatically over recent weeks, and the same goes for Dr. Theresa Tam, Dr. Bonnie Henry, and a whole host of health officials and politicians across the country.

It’s still important for us to be kept up to speed on COVID-19, and our leaders still need to talk to us, but maybe not every day of the week. We salute them for their work ethic, but their message is getting lost as we have settled into acceptance of the pandemic reality.

As the song goes, we need a little less conversation and more focus on action. 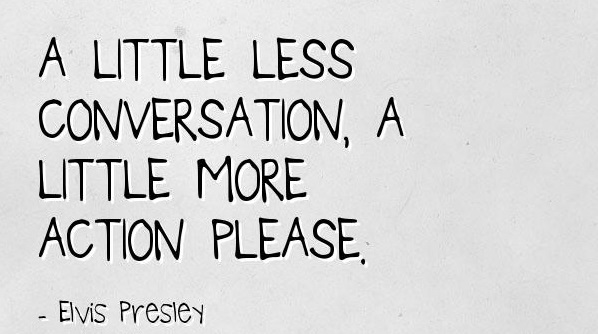 Even the daily numbers reported, of new cases and latest deaths, are becoming a blur.

Time to change gears in the public-information bandwagon, and the person best positioned to make the first move is the prime minister.

Mel Rothenburger is a former mayor of Kamloops and former newspaper editor. He publishes the Armchair Mayor opinion website, and is a director on the Thompson-Nicola Regional District board. He can be reached at mrothenburger@armchairmayor.ca.