What did the rest of ICBC’s media release go on to say then – if it wasn’t to announce a rebate to drivers across the province? 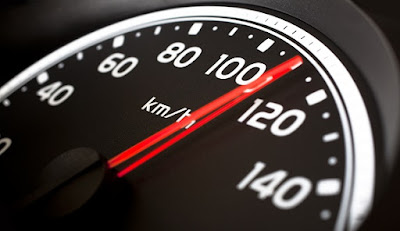 Just the other day our government owned Insurance Corporation of British Columbia, ICBC sent out a media release that began with the following eight words ...

“With fewer vehicles on our roads right now .... “

And what would many have thought the next words should have been?  Perhaps, “.... and so ICBC will be offered a rebate to all drivers”

Many have been saying that ICBC should have FOLLOWED THE LEAD of nearly EVERY SINGLE automobile insurance company across Canada – AND REDUCED RATES due to fewer vehicles on the road, driving fewer miles.

That’s not happening, and the only thing left for us to believe, therefore, is that the NDP Minister in charge of ICBC, David Eby, feels this is just fine.

So, what did the rest of that media release go on to say then – if it wasn’t to announce a rebate to drivers across the province?

With fewer vehicles on our roads right now, drivers may be tempted to speed. Even though it seems safer with fewer cars on the road, it isn't. Speeding increases your risk of crashing and reduces the amount of time you have to react to the unexpected. ICBC is asking that we all do our part to prevent crashes, keep people safe, and avoid putting additional pressure on B.C.'s first responders and medical resources.

Okay that’s fine and well ... but further down the release, ICBC then goes on to say ...

... this is why ICBC, the B.C. government and police are launching a month-long campaign focusing on speed and urging drivers to slow down ... the campaign includes radio and digital advertising ...

I have no qualms with ICBC, the RCMP, and municipal police forces focusing on speeders – especially those who are exceeding speed limits by reckless amounts – but here’s the rub.

While British Columbians have greatly reduced the number of miles they are driving, ICBC has refused to recognize that by offering a rebate on what are some of the highest insurance costs in Canada.

WHAT ARE THEY willing to do instead?

Line the pockets of media giants, by providing untold bucket loads of money for an advertising campaign – and that won’t be cheap!

Instead of doing the right thing – reducing ICBC rates and providing rebates -- ICBC would rather increase the profit levels of the media.

Thanks, ICBC ... thanks for NOTHING.