FELDSTED -- Just because someone deals cards . . . . . . does not mean we are obliged to play poker 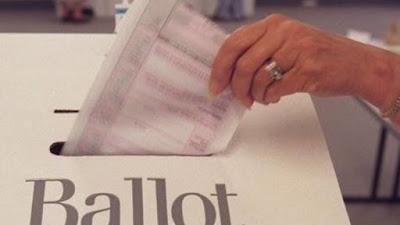 In every general election, political parties deal the cards. They want to control the debate -- and discussions -- that lead to a decision on who we should vote for.

Issues we consider important or vital are not addressed. Our questions are evaded rather than addressed.

Every candidate is armed with a list of “talking points” that he or she sticks to. No candidate talks to their constituents to find out their concerns are so they can best represent the district in Parliament. They do not do so because they must follow the “party line” in all situations no matter what they personally think or what their constituents might think or want.

They represent the political party they are affiliated with, not the people who elected them.

In recent years, we have seen just how arbitrary, corrosive, and mean-minded political party disciple is.

We have seen elected representatives kicked out of the party for failing to follow party dictum's. Elected members accused of harassment of sexual misconduct are turfed out of a caucus without any examination of fact or impartial hearings. Elected members are ostracized for making comments the party feel will reflect badly on it.

We are not represented by the people we elect, as they have been enslaved by the political party they are affiliated with. Our government is run by political party officials who tell elected members what they may and may not say on parliament and public, which issues to support, and which to avoid.

Like it or not, we have a parliament of eunuchs.

Party leaders, including the Prime Minister, are puppets on a string held by party officials who have the ultimate power - control over party funds. The PMO has a huge staff of expensive specialists to ensure the Prime Minister does not go off script and harm re-election chances. Who is paying for them? It is not the party.

During every general election, parties spend large amounts of money ensuring that all candidates and local officials are thoroughly versed in the ‘party line’ -- and warned not go off script, which can lead to unwanted media attention and controversy.

The guaranteed freedoms of candidates and local officers, in the Charter of Rights and Freedoms, are stifled.

Once the election is over, party MPs are still required to follow the script drafted by party officials. Failure to do so is the end of a political career. The ultimate prize in a federal election is to have the party leader appointed Prime Minister. Our Prime Minister is appointed ... not elected.

Those of us who support a political party, and will vote for the local candidate without question, are being hoodwinked. The party we vote for is stifling local representation which is unconstitutional and undemocratic.

Even MPs, who are members of the party forming government, are tightly controlled. 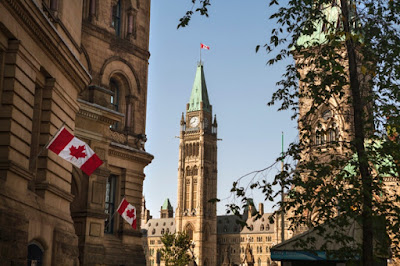 They may not put a private member’s Bill before parliament without prior party approval. As Bills are presented, debated, and voted on, party officials decide which MPs will be allowed to participate in debates and how they will vote.

It is depressing when we stand back to consider what is really going on. It is certainly not what we were taught in school or what is portrayed in student parliaments. We need to get back to unfettered democratic representation of the people who pay the bills.

Political party officials are not going to give up the powers they have accumulated willingly. They will fight us tooth and nail with our donations ... and the public subsidies they receive.