FELDSTED -- Trudeau is “disappointed”; Freeland is “very angry”. That should have the Chinese Communist Party sounding alarms and running for the bomb shelters

Prime Minister Justin Trudeau on Friday said he is “disappointed” in China’s decision to formally lay charges against Michael Kovrig and Michael Spavor, two Canadians who have been detained for well over a year on allegations of espionage. Speaking to the media, Trudeau said he is continuing to work with the Chinese government to send the “two Michaels home.”

... Trudeau was asked whether or not Canada has been “too soft” on China and should take a stronger negotiation tactic. The prime minister replied that Canada is using the “appropriate tactics and actions” in order to bring the two men back.

“... we are using a wide range of public and private measures to ensure that everything is being done to get these Michaels home,” Trudeau said. He added that “we do expect both Michaels will come back.”

What is a charge of “suspicion of spying”?

No civilized nation imprisons people on suspicion. Go get the evidence to prove suspicions or let the accused go. Only political prisoners face disrespect for the fundamental principles of justice. 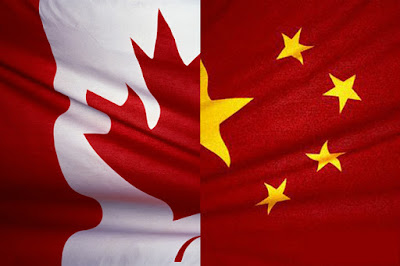 Trudeau is “disappointed”; Freeland is “very angry”. That should have the Chinese Communist Party sounding alarms and running for the bomb shelters.

Canada’s response should be swift and clear.

Our government should advise China that Meng Wanzhou will spend time awaiting an extradition hearing in the Frazer Valley Institute for Women until Kovrig and Spavor are released.  Further, if they are not released within 30 days, Wanzhou will be charged with participating in a criminal conspiracy to corrupt Canadian government and judicial officials.

We have just had a clear look at how much influence our Prime Minister can bring to bear with a seat on the UN Security Council. If he or anyone else dreams that the Security Council venue makes one iota of difference to China’s geopolitical ambitions, they are dreaming.

Either our government plays skillful chess in the big leagues or picks up its checkerboard and comes home. The latter is preferable since we have an outbreak of virus-related crisis; the number and intensity is increasing daily. Actions (and failures to act) have consequences.

Years of elbowing important issues off the table in favour of those that provide photo ops and appear appealing in the media. Eventually the neglected issues undermine everything and the government with it.