FELDSTED -- We don’t need our politicians debating over meaningless terms or lecturing us on how racist we all are. We need solutions to some serious social problems 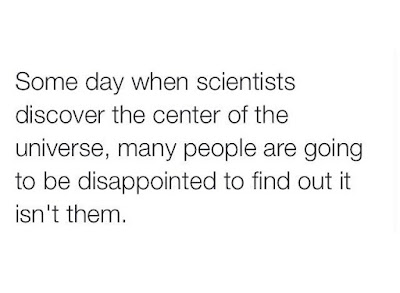 “Systemic racism” is a political distraction!

While politicians and other public figures argue over what the term means, none of them are acting to reduce interracial or inter-group tensions. They infer that only white people engage in bigotry, discrimination, and racism which is nonsense.

We are increasingly a nation of irresponsible, insensitive, rude, self-centered, snobbish, ungrateful boors.

Humans are tribal and tribes naturally distrust one another. We have bigotry and discrimination within tribes based on religious beliefs, economic and social standing, intellect, sexual preference and other factors. As if our tribal instincts are not divisive enough, we are class conscious and establish a multi-layered ‘pecking order’.

We compete when there is no need for competition. The commute to work becomes a mini grand-Prix and tenths of a second count. We don’t have time for leisurely meals or adequate sleep and wonder why we are cranky, rude, stressed, unfulfilled and uncomfortable.

We fill our lives with endless chores and errands to the point that we seldom complete our daily to-do list and wonder why we die prematurely from heart attacks. We don’t have time to enjoy all the benefits of living in a nation with a very high standard of living and are ungrateful as a result.

Those seeking employment and consistently passed over or looking for a home or apartment and consistently turned away can turn to the courts (if they can afford it), or Human Rights Tribunals and find a maze of arbitrary bureaucratic decisions that take months. People denied jobs or housing don’t have months; their needs are immediate and pressing. We do not respond appropriately.

We have no laws governing domestic disputes. Why do we send police officers when spouses argue or fight? If one of the combatants assaults the other, police can deal with the assault, but without evidence of an assault, they cannot act. If they leave and an assault or homicide follows, police are blamed for the result.

If someone is concerned over the well-being of a family member or friend, family services should be equipped to respond. Too often the reporting person and family services won’t attend as the person is or may become violent. Police attend and deal with violence if it presents. When they deal with a threat, they are vilified for the use of force by the same people who refused to intervene.

We do not have the mental health resources to provide treatment for people before their mental health issues spin out of control. Blaming police is inane. Most of these people have been suffering for years without treatment.

We are in a period of serious health and economic insecurity. We fear coronavirus infection and most of us are in precarious financial situations. People are developing stress-related mental health issues, and those already ill are getting worse. We are not responding to this growing crisis.

Every police force has a code of conduct and policies respecting the use of force and tactics to subdue a person. Most police forces have officers who like physical confrontations and do not adhere to those. We have to deal with those officers to diffuse public unrest. They are destroying the community trust needed for effective policing.

Some people blame police unions for protecting rogue officers. The real problem is inept police management. Senior officers do not do annual reviews of officers under their command or review officers arrest records to look for troubling patterns.

Officers who engaged in physical assaults charge those they assault with resisting arrest and assaulting an officer. Many such charges are valid, but a series by the same officer warrants investigation.

If investigation shows a problem, the officer has to be interviewed, reminded of the department policies and the event recorded. If department HR procedures are followed, no union can save the officer. In many cases management fails to follow policies and disciplinary efforts fail on technicalities.

We don’t need our politicians debating over meaningless terms or lecturing us on how racist we all are. We need solutions to some serious social problems, including:

Among other things, we will start to see people -- who were invisible -- while we were engaged in meaningless competitiveness.


John Feldsted ... is a political commentator, consultant, and strategist.  He makes his home in Winnipeg, Manitoba