JOHN TWIGG -- If you're prepared to make things feasible for a re-start of the NHL in Vancouver, surely you can do the same for churches in BC

April showers should bring May flowers but here we are in June and the weather in most of the northern hemisphere is still trying to cope with cold wet weather.

Global warming?? Apparently not, at least not this year in BC politics.

Eventually we will get some warm weather and probably still harvest good crops but they might be later than usual and maybe smaller. 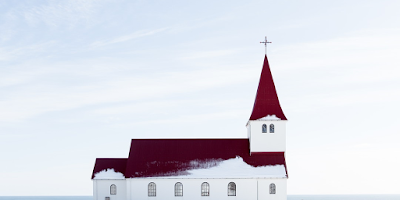 Meanwhile I attended a service at my local church on Sunday for the first time in months - due to the COVID19 shutdown of ALL churches ?!

Even though it was attended by only 30 people (with only regular congregants advised beforehand) it was still moving, especially the praise and worship (singing) which evoked a presence of the Holy Spirit.

It proved to be a moving moment even though the arrangements were ridiculously over-cautious, with chairs about seven feet apart, no coffee, limited access to the washrooms and supervised parking. So, who is in charge here, Big Brother?

Yes the COVID pandemic was and perhaps still is a crisis even here in Vancouver Island, which now has virtually zero cases, and even throughout B.C. even though the province has one of the lowest COVID rates in the world.  Meanwhile, many industries have been declared essential and so have been operating more or less as usual, such as grocery stores, drug stores and even liquor and pot stores - all of which have been enjoying boom-time sales!

So why are churches not considered an essential service too?

It's not a rhetorical question because many churches perform many essential services too, such as operating food banks, meals for street people, housing for women fleeing violence and more - but let's not underestimate the churches' job of saving souls too!

That last point was evident to me on Sunday when I felt a wave of feelings enter the church during the singing and live music and again when the Pastor taught about the obscure book of Titus, who was a young student of apostle Paul's in Greece, and Paul does an interesting job of teaching Titus how best to live - and of course the lessons apply to us today too.

Meanwhile the message from Philadelphia Church of God Pastor-General Gerald Flurry's message was that unless and until America repents towards God it and the other anglophone Israelite nations (U.K., Canada, Australia, N.Z.) it will continue to be stricken with troubles.

Is such information not an essential service too?

So, Dr. Bonnie Henry, Health Minister Adrian Dix and Premier John Horgan ... if you're prepared to make things feasible for a re-start of the National Hockey League in Vancouver surely you can do the same for churches in B.C.

Is saving a season for a hockey league more important than saving souls of citizens?

John Twigg ... is a veteran independent journalist now based in Campbell River. He can be contacted at john@johntwigg.com.