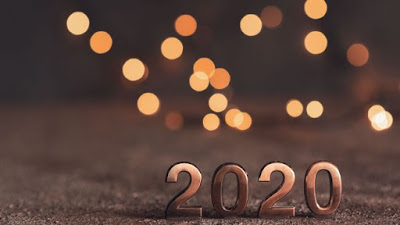 November 2020 will be a sight to behold when the United States hold their presidential election.  With an ever-polarizing society to the south, it will be a real challenge for any political party to attract the attention and garner votes from the “undecided” group.

Each side has dug in and is not concerned about their base, but they are doing their darndest to figure out how to woo the middle aged, middle class, middle income, urban, soccer loving, mini-van-driving, 2.2 child family, highly educated person into their tent.

Guess what, we’re doing exactly the same thing here in BC.

Dale Carnegie wrote a little ditty of a book that sold a bazillion copies entitled, How to Win Friends and Influence People.  The premise of the book was a six-step program on how to set a person at ease so that they will like you (vote for you).

During the upcoming provincial campaign period, setting a person at ease is going to be the primary goal, but it is a lot trickier that you think.  And it all starts with the name of the political party.

The BC political landscape is nuts, always has been and always will be.  Don’t believe me?  Let’s take a quick walk down memory lane and recall some actual registered political parties.


·         The Patriot Party (citizens basically govern themselves, how crazy is this?)

And the list goes on and on ... so, what’s a conservative to do?

All the good names have been taken and the focus groups have pooh-poohed the potential party name, “Grow Up and Be Responsible” as condescending (that means talking down to people).  The only nonjudgmental, non-offending, non-descriptive, non-starter-of-a-name left is “BC Conservatives.”

Don’t get me wrong, I’m a conservative through and through.  I eat, sleep, and breath conservative.  In fact, when I go to the hospital and they ask what’s my blood type, I tell them conservative and tell them not to slip me any of that liberal or NDP blood.

The conservative principles are time tested and true, however the name “Conservative” has fallen on hard times.

Same thing in Saskatchewan (that’s a hard province to spell, but it sure is easy to draw).  The Conservatives changed their name to the Saskatchewan Party and have been doing swimmingly ever since. 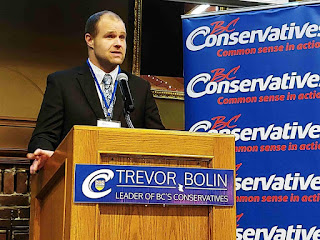 Will the BC Conservatives win a seat in the next election?

Yes, Trevor Bolin is extremely popular in this neck of the woods (the Peace River) – he will be elected in next years October provincial election, along with perhaps a few others – and he will be setting a fine table for 2025 election when the newly rebranded “BC-is-a-pretty-good-province-to-work-and-live-Party” hits the campaign trail.