RICK PETERSON -- Ten Ways to Hit China Where It Hurts 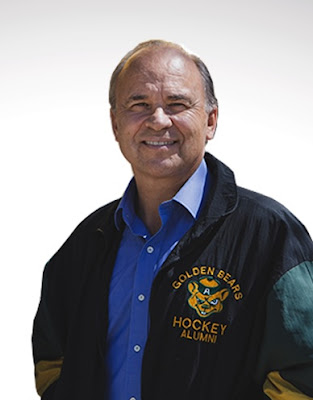 The following is a “Bottom Line” commentary from Rick Peterson, who is currently seeking the Conservative Party of Canada nomination for the federal riding of Edmonton – Strathcona.  This is currently the only seat, held by the NDP, in the province of Alberta.

Last week we all heard about a letter signed by 19 “heavyweight” Canadian foreign policy thinkers asking Prime Minister Justin Trudeau to cave into China’s demands for a prisoner swap.

Send Huawei executive Meng Wanzhou back to China from detention in Vancouver, was their message, where she’s waiting to see if she’ll be extradited to the US to face fraud charges.

In return, they say, we’d get back Canadians Michael Kovrig and Michael Spavor, who’ve spent more than 500 days in Chinese prison hellholes and are now facing trumped up espionage charges in clear political retaliation for Canada holding Meng.

Kudos to the Prime Minister for quickly trashing the letter, which you can read here and see the list of signatories.

In doing so, the Prime Minister may have helped some Edmonton -= Strathcona resident from the University of Alberta from potentially suffering the same fate as the two Michaels.

The University of Alberta and nine other Canadian universities are part of a Canada Learning Initiative in China program that allows our students to travel and study in China.

If kidnapping and imprisoning two businessmen in China helps the Chinese Communist Party achieve its political agenda, why not do the same with an Edmonton Strathcona U of A student next time they need leverage?

“A Chorus of Useful Idiots”

Make no mistake about it, the gang running China right now wouldn’t hesitate to do that. Just ask former Canadian diplomat Chris Alexander if you have any doubts.

Chris is a friend and former career diplomat who was Canada’s first resident ambassador to Afghanistan from 2003-2005 and served as a Conservative MP for Ajax-Pickering from 2011-2015. I got to know him very well in 2017 while we were both candidates in the Conservative leadership race that year.

I spoke to Chris on Sunday by phone. He’s promised that he’ll accept my invitation to come out to Edmonton Strathcona soon and speak to Conservatives about China and why we need to take a hard-line stance and hit back where it huts them most.

Until then, here’s a quick summary of Chris’ thoughts on China as per his recent Twitter posts:

Not long ago there was still hope that China, even under the CCP, would embrace the rule of law with the same zest it had shown for the market economy.

False hope. Communist Party leader Xi Jinping jettisoned this experiment by backsliding on commercial law and property rights; atrocities committed against Tibet and Uighurs; undermining democracy in Hong Kong, and taking a highly corrupt and repressive media machine and render it as a global weapon.

How to fight back against China

So, is there anything we can do to stand up to China?

Absolutely. Chris says that China’s massive trade surplus with Canada represents huge leverage for us. We need to apply it. Here are the ten things he thinks Canada should do:

By having China’s hostage diplomacy endorsed by a well funded chorus of useful idiots right here in Canada, XI and his misguided minions seek to undo our sovereignty, our justice institutions and our national interest. To such truculence there can only be one right answer.

The Bottom Line here is simple; stand up to China, and hit them where it hurts.