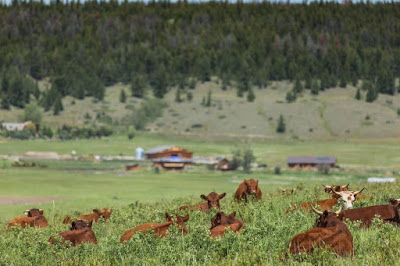 A group of ranchers in the Chilcotin region of British Columbia are part of a larger organizing effort to demand a seat at the table for area residents and business owners as the future of their homes, communities and livelihoods is discussed secretly between the Federal and Provincial Governments and the Tsilhqot'in First Nation as part of a title land claims negotiation.

The new group “Canadians for Fairness and Transparency” has been organizing communities from across the entire region in an effort to protect their communities, families and businesses, many of which have already suffered financial losses.

After hundreds of letters of concern stemming back years around the issue were sent to Minister of Crown-Indigenous Affairs Minister Carolyn Bennett, residents were shocked and appalled to receive a singular response letter stating:

“Canada will ensure that stakeholders and non-Tŝilhqot’in people are consulted at the appropriate points in the negotiation process.”

Chilcotin rancher and business owner Felix Schellenberg is frustrated by Minister Bennett’s message and her position that after six years of secret talks, there is nothing to say to those who live on and work the land being bargained with.

“It is stunning that Carolyn Bennett continues to ignore and dismiss the reality being faced by Canadians living in Chilcotin who have been asking to have their rights acknowledged and respected for years, as we watch our communities suffer. We are all part of the Chilcotin, and yet she informs us that the Government of Canada will consult non-Indigenous communities “at appropriate points”.

Schellenberg continued, “The Minister is holding our livelihoods, our investments, our families, our relationships and the viability of our businesses, our homes and community’s hostage by refusing to engage with us. Ranching’s viability is based on Crown land grazing including millions of dollars in infrastructure on Crown land that is now in jeopardy.”

Chilcotin ranchers have had an agreement with the Province of British Columbia for over a century that allows ranchers to graze livestock on Crown land. The Province grants Crown land grazing rights in exchange for negotiated yearly grazing fees relative to numbers and kind of livestock grazed and grazing management performance. Every Chilcotin ranch was built on that agreement.

The Crown land issue being faced in Chilcotin is unprecedented, and many local residents believe it has gotten little attention because of its vast geography with few voters.

Shellenberg, fellow ranchers, and other impacted communities across region have organized a formal group to combat secret land claims negotiations in the Chilcotin called “Canadians for Fairness and Transparency”