DAN ALBAS -- The numbers, in a word, are staggering 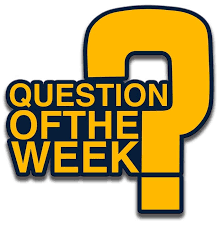 There has been growing demand for a fiscal update of the federal government finances following the spending response to the COVID-19 virus, as well as the revenue impact from having large sectors of our economy shut down.

This week the Liberal Government provided what it termed as a “fiscal snapshot”, as opposed to a proper full fiscal update.

The numbers, in a word, are staggering.

The deficit for this fiscal year is expected to hit $343 billion. To put that figure into perspective, during the world financial crises in 2009, the federal deficit at that time was $56 billion.

Our total debt in Canada is now expected to hit $1.06 trillion in 2021, significantly up from $685 billion in the previous fiscal year.

Keep in mind, this is the spending to date.

There are still many groups, individuals and organizations, who have received promises from the Prime Minister for additional financial supports that have yet to be delivered.

Also, of concern is that our debt to GDP (Gross Domestic Product) has shot up to 49%, from what was projected to be around 30%.

I suspect anyone with a variable rate mortgage knows this well.

The more notable challenge is that this current level of borrowing and spending is unsustainable.

Many financial experts have already cautioned that Canada no longer has the required fiscal capacity in the event there is a serious second wave of the COVID-19 virus.

As the current program spending is unsustainable, the Liberal Government of Justin Trudeau will need to come up with a successful plan to transition Canada back into a situation where there is growth in GDP and employment.

At the same time there will also need to have a debt management plan that has a relationship to government revenues as well as expenditures.

To date the Liberal Government has not released any plan of this kind.

There is no finger pointing in this weeks report.

We are all Canadians in this situation together and we will be dealing with these circumstances in our future.

My question This Week:

“How concerned are you at the lack of a transition plan to move Canada forward, and is now the best time for one?”