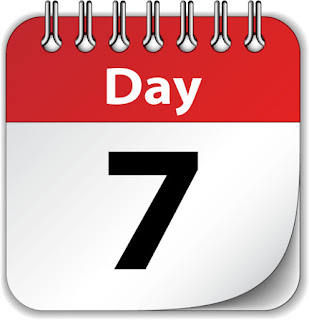 Welcome back to Day Seven ... as we take a look back at the week of July 12th to 18th.  Two things seem to have ranked high in terms of what you were reading from the blog – they centred on Trevor Bolin and the BC Conservative Party ... and Leslyn Lewis who is seeking the leadership of the Conservative Party of Canada.

There was more however ... so let’s get things underway to see what came in to take the top 10 spots for the most read commentaries.

Question- a) Why Politics? b) What started your passion for getting involved and how old were you?


Trevor - This was my very first campaign picture. It was the summer of 2008 and I would have been about 28. That’s on 100th avenue in downtown Fort St John looking West.

I started politics for the same reason I started my first business at 20 years old. I firmly believed then, as I do now twenty years later, that I can make a difference in my community ... in my province ... and in people’s lives ...


#9 ... FELDSTED – (In government, agencies, and organizations) The top of the chain of command promotes those he knows to be subservient to avoid a threat to his or her power (July 16th)

There is a difference between schooling and education. For decades, we have put a heavy emphasis on the value of schooling. The thinking is that the four or more years of university study involves discipline that will produce a superior intellect.

Another factor is the social aspect. Exposure to prevalent attitudes, standards and values will fit a person to either private or public employment. While that seems viable, it is a ‘group-think’ trap ...


#8 ... ADAM OLSEN -- This group's work is a prime example of both "shovel ready" and "shovel worthy" work that could create jobs in all corners of the province (July 17th)

... Over the past two weeks my B.C. Green Caucus colleague Sonia Furstenau and I have been asking the government questions about their $1.5 billion COVID-19 economic recovery plans ...

Question - Last year during an interview in Vancouver, you briefly touched on BC’s fight against drugs, can you tell us where your knowledge and passion comes from?

Trevor - We didn’t know it at the time, but this picture would be the last picture of me and my Dad (to my right).  He struggled with addictions for over 20 years, and due to complications from long term illegal narcotics, ultimately lost his life.  This battle that he lived everyday; I chose to share with him.


#6 ... If the Minister won’t reject the Premier’s suggestion that people suffering from addiction chose this path, then she shouldn’t be leading this important file – Jane Thornthwaite, Mental Health and Addictions Critic (July 17th)

... The NDP Minister of Mental Health and Addictions Judy Darcy has refused to confirm if she agrees with Premier John Horgan who told British Columbians yesterday he thinks addiction starts as a choice.

“Premier Horgan’s remark that addiction starts as a choice is one of the more upsetting comments I’ve heard from this government since beginning my role as Critic for Mental Health and Addictions,” said Jane Thornthwaite, MLA for North Vancouver-Seymour.


#5 ... ADAM OLSEN -- My question is, ‘Will she provide the right signal for a clean recovery by telling us when her government will restore the scheduled carbon tax increase?’ (July 15th)

... Yesterday I asked the Minister of Environment when the provincial government will restore the scheduled carbon tax increase. A few months ago, this government delayed, indefinitely, the next scheduled carbon tax increase. In the current economic context, this may be seen as a tough question, but it is now more than ever that we need to talk about the price signals that we will use to shape our recovery ...

... I endorse both Leslyn Lewis and Derek Sloan (who I mention in this order simply alphabetically, without suggesting a preference) for the position of Leader of the Conservative Party of Canada!

Derek Sloan and Leslyn Lewis each possess the character and the skills needed to guide our team of candidates to victory. More importantly, Leslyn and Derek have each offered a suite of policies which, if implemented, will pull Canada back from the brink of the terrible precipice to which we have been brought in recent years ...


#3 ... “Premier John Horgan needs to act quickly and decisively to grow jobs and the economy for the benefit of all British Columbians, not just the chosen groups”, says BC’s Conservative leader Trevor Bolin (July 14th)

... Today, according to Conservatives in BC, British Columbians were witness to the devastating unveiling of the provincial governments $12.5 billion dollar deficit, followed by no plan to get us back to work or to get the Provinces financials in the black ...

#2 ... FORSETH – Leslyn Lewis is the candidate I believe can best lead Conservatives into the next election ... my ballot now has her as my number one choice (this one makes a return from the week before – it was posted July 11th)

... When the leadership race for the Conservative Party of Canada was first announced, I decided I would once again back Erin O’Toole ... just as I had in the 2017 campaign.  Peter McKay would be my second choice, and after that I would not rank any other candidates. Well that has changed ...


And now, here is the commentary that those visiting the Thoughts on BC Politics and More blog site read the most ... here is ...

#1 ... We are flattered the official opposition shared our same concerns from a month earlier (July 17th)

... Nearly a month ago (June 19th), Conservative Party of BC leader, Trevor Bolin, remarked to me that the party is  “... hoping the Victoria has an effective restart plan, keeping in mind the BC forest industry was struggling before COVID-19 ... and long term plans for forestry, mining, energy and agriculture need to be included so all regions of BC can emerge stronger.”


And that’s a wrap on the week. I’m thankful that you spend time here each and every week, and I encourage you to spread the word so that others find their way here as well.

Enjoy the rest of your day – we’ll be back tomorrow.