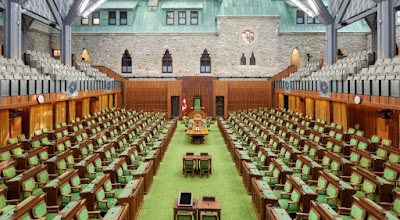 When Cabinet matters are requested by the opposition parties or a commons committee, and the government refuses to divulge information, the opposition can refer the issue to a court and have a judge decide if the release of the documents requested or parts thereof are in the public interest and order release of those that are.

We have long complained about “judge-made law” where activist judges include changes to the law in their decisions. Constitutionally, enactment of laws is the exclusive jurisdiction of Parliament or the Legislatures depending on subject and jurisdiction. The Governor General has the power to rescind the appointment of any Officer of the Crown which includes judges.

Governments have been hiding by deferring controversial decisions to the judiciary rather than dealing with them as they are required to do under the constitution. We can bring an end to that nonsense. The judiciary cannot be allowed to usurp the constitutional powers and responsibilities of our governments. Our laws must be made up by elected representatives, not judges.

Lack of Executive oversight has put far too much power in the Prime Minister’s Office (PMO) which has resulted in unconstitutional abuses of authority. The federal government routinely infringes on issues and matters that are an exclusive provincial jurisdiction. Our nation is weakened as a result.

We have often complained that we do not have an impeachment process similar to the Republic to the south ... in fact, we do.

The Governor General has the power to remove a Prime Minister from office for cause; as was demonstrated in Australia in 1975. It is not a decision taken lightly.

The road to the resurrection of our representative democracy begins with the return of the Privy Council to the Governor General’s domain. The key element is not so much resurrection of the Executive Branch as the reduction in powers of the Prime Minister’s Office. Loss of control over the Privy Council will help to reset our governance system to follow the constitution.