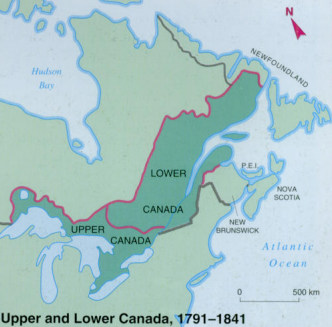 PLEASE NOTE ... this is the second in a series on whether Western Canada should leave confederation. If you missed it, you can CLICK HERE for Part 1

To properly understand the impetus for confederation, we have to go back to 1841 and the British Parliament Act of Union that joined Upper and Lower Canada into one Province of Canada. Each of the former provinces would elect an equal number of representatives to a central Parliament.

All provinces were concerned over a potential American invasion as the American Civil War had ended in 1865, and the US had an ample army in uniform to invade and annex Canada. Quebec was particularly concerned as she feared that if America invaded and won, she would lose the rights she was granted by the Quebec Act of 1778.

The main reasons for confederation were to break the political deadlock in the Province of Canada, and unify to fight off a potential American invasion. There was no thought creating a wider Confederation or anything that did not protect the enjoined provinces of Upper and Lower Canada.

The British North America Act of 1867 clearly reflected the importance of Ontario and Quebec and made it clear that they were the central core of the confederation. Nothing has changed since.

When the federal government tried to install a governor in the Red River Settlements, he faced a rebellion and the Province of Manitoba was created (1870).

The construction of a railway brought British Columbia into Confederation (1871).

These efforts were to vastly expand the territory under control of Canada. There was no thought to creating strong provinces or equality of any sort.

When the area between Manitoba and British Columbia was under settlement, the federal government feared a strong province might appear which would become a political problem, so it spit the territory into Alberta and Saskatchewan.

From the outset and creation of the British North America Act -- to today -- the intention is to concentrate political power in Ontario and Quebec ... and that has been succeeded so far.

Immigration has kept populations in those provinces high, and between them they hold 58.8% of Commons seats and a 45.7% of the Senate seats. Since the Senate is split along party lines despite efforts to show otherwise, Liberal control of the Senate is even stronger. |

The die is cast and we cannot look to constitutional amendments to improve our lot. We face a stark choice of remaining a subsidiary controlled by Ottawa or striking out on our own.