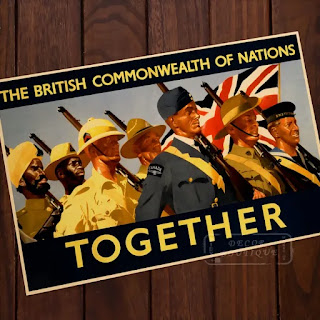 The creation of a Western Canada is not an easy undertaking and cannot succeed without widespread public support.

In the wake of anxiety over the shut down of the gas and oil sector and more anxiety over the coronavirus threat, people are in no mood to take risks with an unfamiliar governing model. They are not going to jump over a cliff.

Several readers have expressed a preference for forming a Republic rather than a Constitutional Monarchy. That is not a panacea or solution. There are 147 Republics word wide. Of those only 28 have ministries subject to parliamentary confidence. 62 including the United Stated have a president independent of the legislature. I am not opposed to a Republic, but creating a workable republic will take even more work and we are then proposing a marked difference from familiar governance.

The Western Canada model has to closely resemble the current Canada model. That is why I am recommending the use of the British North America Act as a template, modified to meet Western Canada needs. I will go further an recommend that we retain the Monarch as our Head of State and apply to become a Commonwealth nation.

There are sound reasons for that approach. If Western Canada is accepted by Great Britain and other Commonwealth nations, we have solid allies worldwide that can help us find our feet and it will frustrate forces that try to block us.

People need assurance that their governance and legal systems will be unchanged, except that they will be more efficient, effective and responsive.


We need to have international recognition and support so we can negotiate on an equal basis with Canada. We will not approach Canada hat-in-hand seeking permission to succeed. Canada will have to deal with an accomplished fact.

We would adopt most of the Canadian legal system modified where necessary. Our Criminal Code should mirror the Canadian Criminal code with modification to the firearms section. Our citizens should know that familiar law will not be much different than what they are used to. We have no reason to import the Firearms Act, Official Languages Act or much of the convoluted environmental legislation. Our provincial governments are capable stewards of air, land and water quality.

The largest single problem that Canada has is that the amendment of its constitution is nearly impossible. It is locked into a constitution that does not address many modern issues that did not exist a century ago. Western Canada can overcome that with a more flexible constitution that will allow us to correct errors and missteps inevitable in forming a new nation.

A key is open public engagement from the outset. Once a draft constitution is completed, it has to be shared with the public before adoption. People need to see what they are being asked to support. The same goes for other key pieces of legislation such as the Criminal Code, the Elections Act and the Parliament Act.

We need to build the infrastructure to ensure that provincial residents can elect 104 members of the Western Canada Parliament to properly shepherd the new nation into being. They answer to the people who elected hem. We can, and should amend that Parliament Act that we adopt to prohibit political parties from dictating to elected representatives. They are there to represent their constituents, not anyone or anything else.

Similarly, residents can elect two Senators from each province to serve a fixed term. Senators have to swear an oath of political neutrality to take their seats. Their job is to review legislation and policies strictly on the terms of benefits or detriments to the people of their province. That is the proper function of a Senate.

These are more of the issues that need fulsome discussion and debate before launching an effort to create a Western Canada. I have avoided the separation debate largely because I have felt that the key elements have not been adequately discussed.

Getting angry and walking out is not viable. When that door slams, we have to have a workable plan that has been lacking.

Western Canada will be responsible for the lives, liberty and well-being of about 12 million people. We can’t manage that without sound planning and enormous preparations that are part of it.


John Feldsted ... in a political commentator, consultant, and strategist. He makes his home in Winnipeg, Manitoba.