FELDSTED -- There are skunks in our living room!

Watching the WE soap opera unfold is surreal. As the days pass and more details are revealed we can conclude that no one is telling the truth and everyone is hiding details. 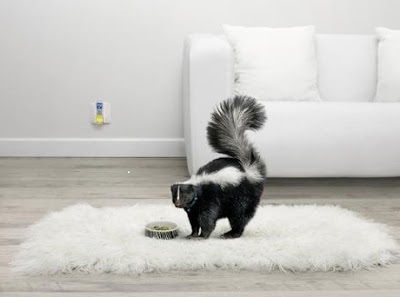 When the brothers Kielburger said they did not have a profit motive in engaging in the student grant program, they sounded like idiots. The WE charity stood to gain fees for administration along with substantial prestige.

Fees paid to Justin Trudeau’s mother and brother are incidental -- as is Bill Morneau’s daughter’s employment with WE. Trudeau and Morneau have both strongly supported the WE organization for years. That is perfectly legitimate and legal. However, that support precludes the government from doing business with the WE organization.

Not only is it a blatant conflict of interest, but since the WE organization was to be paid fees and would enhance its prestige, it also becomes a criminal issue. Government officials can’t do business with friends who stand to gain from the transaction.

The finance committee hearings are bad theatre; when the hearings end, then what? We have skunks occupying the living room. The air is increasingly odorous and it is going to get worse before it gets better. What are our elected representatives doing about it?

Liberal members are condoning corruption. The NDP has announced it is condoning corruption by supporting the Liberals. The BQ is ideologically opposed to seeking help from the Governor General. The Conservatives have not filed a complaint with the police respecting criminal activities or petitioned the Governor General to remove the Prime Minister and Finance Minister for cause.

There is a reason why government programs are not administered by third parties. It is not possible for a government to contract with a third party to administer a grant program without giving the administrator a boost in prestige and a wide audience. In the competitive field of charities that has a huge value. The WE organization does not appear on the list of Canada’s top 100 charities.

The WE organization is a political movement, not a charity:

Through the service-learning campaigns and curriculum, students gain an understanding of issues like hunger, poverty, access to education, diversity and inclusion, racism and black racism, the environment and sustainability, LGBTQ2IA+, equality, human rights, Black Lives Matter, proactive mental health, and gain the skills to plan and carry out at least one local and one global action to make a difference. The program also includes educational resources and a calendar full of action campaign ideas to inspire them.

Over 24 years ago, they set out on a bold mission: to work with developing communities to free children and their families from the cycle of poverty and exploitation.

This is just a list of social media hot button issues, many very recent, not even months old. Is the WE organization aim to create student social warriors?

We must be vigilant about what organizations gain access to vulnerable children. No charity or other organization should gain access without a thorough screening of its finances, reputations and motives. Local school boards and parents should be consulted before access is allowed.

The government has spent about a half a trillion dollars on various measures to support personal and business income losses due to the epidemic lock-down. Whether these efforts are successful or nor remains to be seen. It is unfortunate that blundering into a contract with the WE organization has seriously damaged the goodwill arising from those efforts.

The Prime Minister’s involvement with and promotion of the WE organization has been known for years as has Morneau’s involvement. Suggestions that the civil service was not influenced by the actions of the PM and Finance Minister are incredibly naive.

Our Prime Minister and Finance Minister are caught in multiple breaches of the conflict of interest law and both have been found guilty on previous occasions.

A breach of trust is a serious matter. They hold the top two positions in government.

They cannot be allowed to keep their positions without damaging public trust in democracy and in parliament itself. They are sole authors of their dilemma and have no one else to blame.