FORSETH -- Dr. Leslyn Lewis isn’t the next – or the next next – leader of the Conservatives; she is the right leader ... right now 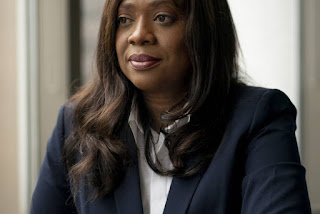 “IF THE CONSERVATIVE PARTY of Canada truly wanted to turn its party-of-angry-old-white-men image on its head, to herald a new era of principled conservatism, and to reach out to voters who have not considered them in the past, then members would choose Leslyn Lewis as their new leader ...”

Despite the many attributes he listed for Dr. Lewis, he still went on to say that:

“But they should not do that ... think of Lewis not as the next Conservative leader, but perhaps the next, next leader. One day, if all the pieces fall in place, she might well be ready to lead this nation forward.”

I don’t know if it’s just me, but it seems like a whole lot of people appear to think that Dr. Leslyn Lewis is a bright, capable, articulate, and knowledgeable individual – that even includes the Erin O’Toole campaign who themselves publicly stated her strengths and positive attributes she has brought to the party.

Well the answer to that seems pretty clear to me --- it’s the power brokers, the political elites, the backroom boys, and the like – that’s who. Meantime, she has continued to run a strong ground campaign ... and the grassroots love her for it.

Politicians at the local level – the one closest to Canadians – also seem to think she would make a great leader for the party.  Just the other day, for example, the Mayor of North Cowichan (Al Siebring) had this to say:

“Dr. Lewis has proven time and again that her approach to the issues facing our country - whether they be economic, political, or social - will appeal to a broad swath of common-sense Canadians who understand where we've come from and where we need to go”.

Former BC MP Randy Kamp spoke eloquently when he said:

“... politicians are often seen as contortionists and chameleons who do whatever benefits them personally ... Leslyn has compellingly staked out her detailed policy positions with humility and passion ...”

Personally, I thought the use of contortionists and chameleons to be very fitting, given to controversy surround the Liberals, Justin Trudeau, Bill Morneau, and the WE charity.

And while the left-leaning media have written multiple editorials and commentaries, one after the other, through rose coloured glasses, about all of the wrongs of the past – many every day Canadians have simply gone about their everyday lives.

They have done so however feeling dismayed and disappointed about what get’s portrayed -- by the media and elites of Canada -- about our countries proud past, while not looking, with blinders on, to the mistakes which were made.

No wonder then that Cypress Hills – Grasslands MP Jeremy Patzer, in his endorsement of Leslyn Lewis, stated:

“We need a leader who isn’t going to be pulled to and fro by daily opinion polls. Or worry about what the media will write about her. Someone who will stand up for Canada and Canadians.” 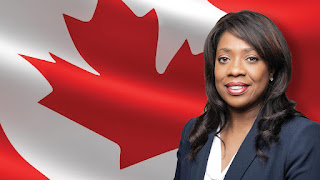 Leslyn Lewis is literally connecting with Canadians from coast to coast to coast ... from rural communities to cities large and small ... young and old ... because of her campaign of ‘courage, compassion, and common sense”.

No wonder then that the Mayor of Iqaluit, Kenneth Bell, commented:

“... Leslyn has focused on listening to the grassroots, being attentive to regional voices, and putting forward the kind of collaborative that I respect and appreciate ...”

The fact that Doug Firby, amongst others, says it’s not the time the someone like Dr. Leslyn Lewis to lead the Conservative Party of Canada, makes no never minds to me --- nor does it, apparently, to the thousands of supporters she has, as is being demonstrated on social media.

Dr. Leslyn Lewis isn’t the next – or the next next – leader of the Conservatives; she is the right leader ... right now.