FORSETH – Fall election? It’s beginning to look more and more so, as the provinces political parties get members fired up

Are we going to be seeing an election call here in BC this Fall?

The BC Liberals certainly appear to think so ... so does the Green Party ... ... as do the Conservatives. 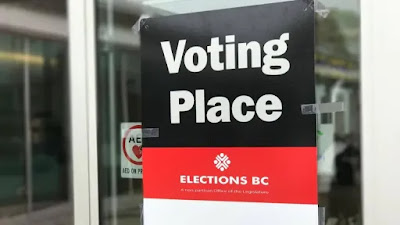 In the past two weeks the BC Liberals have been cranking out one media release after the other – nine a week – with topics including strata insurance, tourism, agriculture, accessible housing, mental health and addictions, education, jobs and unemployment, homelessness, and what they are calling ‘an ever-growing legacy of broken promises’.

Just today, Emile Scheffel, the parties Executive Director sent out an email to supporters in which he stated:

“... John Horgan’s NDP are focused on a different kind of “opportunity” – a cynical and potentially dangerous scheme to trigger an election as early as this September.

Why would he do that? It’s simple: to get it over with before British Columbians realize:

—Just how bad the economic damage could be after federal supports run out.

—How much worse the NDP have made that damage by layering on more costs and red tape for small business.

—The NDP’s total incompetence at the critical work of economic recovery ...”

It was a letter in which they introduced what he called their Fair Fight Fund – a fund-raising effort of course to enable them to build up their election war chest.

Even the Green Party, a partner in Premier John Horgan’s provincial NDP government, is talking about the possibility of a Fall election. Late yesterday (July 23rd), Stefan Jonsson (Green Party Director of Communications and Strategy), stated:

What he means is an ‘opportunity’ for the BC NDP to gain more power – not an opportunity for you.

Despite the unprecedented cross-party cooperation of the last 3.5 years, despite the COVID pandemic raging across the globe, he sees “opportunity” for partisan advantage ...”

Stefan then continued, “We need all parties, including the government, to be putting all their energy into guiding us through the pandemic. Not playing political games.”

Late this morning Trevor Bolin, leader of the Conservatives in BC, remarked; “British Columbia’s are worried about jobs, finances, health, security, longevity and shouldn’t need to worry about an election on top of everything else they have been dealing with”.

He then continued, “I would ask Premier Horgan to consider what British Columbians are going through right now, and that instead of thinking about an election call, he consider the opportunity to spend the time and resources on our economy instead”.

Meantime the BC Green Party is rightfully telling us that the NDP is simply being opportunistic. However, the are likely also concerned about losing the opportunity to have a say in policies of important to them, due to the Confidence and Supply Agreement they entered into with the NDP ... one in which they agreed to work with the Horgan’s NDP government based on the principle of ‘good faith and no surprises’. 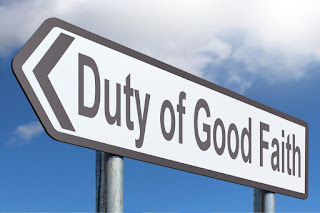 IF Premier John Horgan does call an election this Fall, it will certainly be for one reason, and one reason only ... opportunity.

Going soon ... while still riding high in the polls, will give him the best chance of returning to the legislature with a majority government.

Going later ... could be a disaster as fall-out from a weakened economy, job losses, and a burgeoning debt will have to be accounted for.

So, that’s the rationale for being opportunistic – and for calling an early election

ETHICALLY, however, calling BC voters to the polls this Friday would be the wrong thing to do ... a thought echoed by the Conservative Trevor Bolin;

“Politicians need to start looking beyond the opportunity of a majority government and the best timing of such”.

“They (Politicians) should instead be listening to people, and the people of this province, who are saying; HELP US, help our industry, help our businesses, help our jobs, and our safety”

“Stop helping yourself and start doing what’s right for BC and her people”, Bolin concluded.

Here’s my question to you ... what should we call it if Horgan does call a Fall election? I’m interested in knowing what you think?