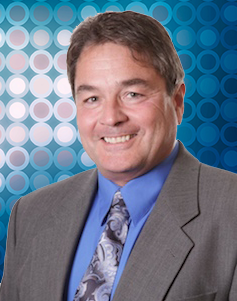 While the Province is partnering with the Turning Points Collaborative Society (TPCS) on two proposals that would bring over 100 new supportive homes for people experiencing homelessness in Vernon, City Councillor Scott Anderson has concerns.

“My fear is that while the original Howard House needs replacement, the spread of government-funded no-cost housing will attract more street-entrenched addicts”, said Anderson on Tuesday following the government announcement.

“The answer to the drug problem is not to make street life and addiction easier and safer; it’s to offer real, substantive, in-house treatment for those who want it, mental health services for those who need it, and a halt to freebies for those able-bodied, able-minded folks who have no intention of changing their circumstances”.

Meantime, according to Selina Robinson, the Minister responsible for Municipal Affairs and Housing:


“When people have housing and supports that meet their needs, it’s good for everyone in the community.”

Robinson continued, “Access to safe and secure housing gives people the stability and dignity they deserve, while wraparound supports help them to move forward, make healthy choices and build a better life.”

Anderson, however, believes that ... “Homelessness in the pre-COVID period was never about poverty, in an economy constantly crying out for labour.  It was always about addiction, mental health, and a consequent inability to set income aside for rent and basics”.

The media release from Robinson Municipal Affairs and Housing Ministry announced that BC Housing will lead the construction of two building for the community of Vernon. The first development, located at 2600 35 St., will add 52 new homes with supports to the existing My Place, a 52-unit supportive housing building operated by TPCS since July 2019.

"We are grateful to all our community partners, especially BC Housing and the City of Vernon,” said Randene Wejr, executive director, TPCS. “Together, we have already created homes for 56 individuals who were once experiencing homelessness. The proposed projects ahead will create more than 100 more homes.

The Turning Points Collaborative Society Executive Director concluded by saying, “The strength of any community can be witnessed in how it takes care of its most vulnerable citizens, today we get to witness that great strength in Vernon."

While that is certainly true, Anderson does have concerns which are likely echoed by others in the city.

“In the economic wreckage of the provincial and federal governments' response to COVID, we may have a real homelessness problem on our hands, of course, but that of course is not the target audience of these NDP initiatives”, he concluded.