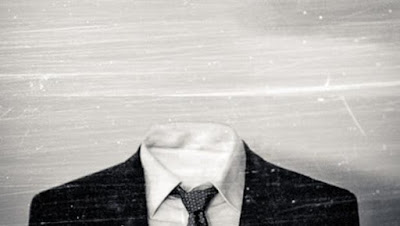 The left is comprised of empty suits, propped up by the hollow slogans, spat out during its protest marches and union strikes.

It is comprised of an amoral and greedy social elite of politics; bimbos trying to bamboozle us with their alleged wokeness (awareness of social justice issues), bereft of ethics, and with the intellectual depth of a sidewalk puddle. (Wokeness is American slang first used about 2008).

The left has peddled socialist ideology for so long it believes it can accomplish its aims without replacing democracy with totalitarianism and forcing us to give up individual freedoms, opportunities and rights for an equal sharing of the miseries of slavery. The leaders plan to become insiders in a totalitarian regime suppressing the masses and thus escape the harsh realities of the iron rule they will impose on others.

Those who disagree need only to look at the current situation in Hong Kong; the former British colony was to exist under dual role for another 27 years.

Totalitarian China has decided to subject Hong Kong to its oppressive rule in violation of an international treaty, and has the audacity to tell the rest of the world not to interfere. That is what the liberals and socialists have in store for us. They are not independent; they are opposite sides of the same cloak that masks their intent.

The NDP is the most honestly socialist party. The liberals hide their socialist leanings under a ‘progressive’ banner, but their action lean heavily toward imposed socialism. The BQ is socialist and blatantly undemocratic; it cares only about the parochial interests of Quebec. The Greens are more socialist than the NDP, and worse, endorse a world order of governance. Their blind following of the UN climate change fraud with no concern for the well-being of Canada proves that.

The Conservative party is a blob of undecipherable and unknown content.

We don’t need a continuation of current governance with a different brand label on the running gear. The current gear box is filled with corruption, cronyism and disdain for the electorate.

We need a new gear box focused on democratic governance, a voice in parliament for all elected members, and respect for electors and their tax dollars.

The current mob of misfits, holding elected office, represent the political parties they belong to, not the people who elected them. Political parties have declared their struggle for seats and power more important than the interest of the people they serve.

When elected members are expected to act in the interests of the political party executive, instead of by free will consensus or democratic decisions, no one is giving governance policy or legislation proper scrutiny and constructive criticism.

That is not democracy in practice.

Electors are left to choose between varieties of autocracy; each struggling for the opportunity to gain power over our lives instead of representing us. We do not have to fret over the loss of democracy – it left years ago.

Our challenge as electors is to recover democratic representation and ensure it is acted out honestly and openly.

John Feldsted ... is a political commentator, consultant, and strategist.  He makes his home in Winnipeg, Manitoba.