‘The NDP government is moving people into housing without providing them with the proper onsite supports they need’, says Kamloops South Thompson MLA Todd Stone 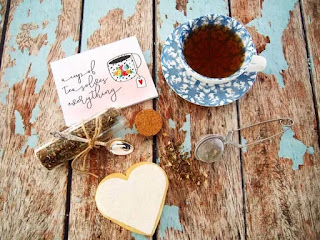 When asked about the NDP’s poor record of providing full wraparound supports for people struggling with addictions in supportive housing units, Minister of Municipal Affairs Selina Robinson said: “there is someone on site who will sit down [with residents] and have a cup of tea.”

“Unfortunately, Selina Robinson confirmed that’s not the case in many of the NDP’s so-called ‘supportive housing’ units.”

During budget estimates debate for the Ministry of Municipal Affairs and Housing, Isaacs asked the Minister to further define the “24/7 wraparound supports” the NDP claim they are providing to people in supportive housing. Robinson answered that it equates to someone to “have a cup of tea with” and does not include on-site clinical care.

“The NDP has essentially admitted that they are not funding the 24/7 clinical wraparound supports and services that are required to help those with addictions,” added Thornthwaite, Critic for Mental Health and Addictions.

“Simply moving people into hotels without these services will not get our vulnerable citizens the help that they need and, instead, it just moves the problems into another neighbourhood.”

Meantime in Kamloops ... after hearing from residents about the rapidly deteriorating situation on the West Victoria Street corridor, MLAs Todd Stone (Kamloops South Thompson) and Peter Milobar (Kamloops North Thompson) have been continuing in their efforts to ensure the government is aware of the situation ... and urging the NDP’s Housing Minister Selina Robinson to take action.

“What we are seeing on the West Vic Street corridor is yet another example of NDP supportive housing failing to actually support people,” said Stone.

“The NDP government is moving people into housing without providing them with the proper onsite supports they need to get better and as a result, negative consequences are also impacting the broader community. Small businesses are facing constant break-ins and worrying about the safety of their employees and customers, and many residents are now fearful in their own neighborhood”, the Kamloops South Thompson MLA continued.

Stone and Milobar commented that while they have raised the issue with Housing Minister Selina Robinson multiple times over the past week, they have been met with, according to them, dismissals and no promises of action.

“I asked the Minister about West Victoria Street in Question Period today and she referred to our legitimate concerns for people’s health and safety as ‘moaning and groaning,’” said Milobar, MLA for Kamloops-North Thompson.

Milobar then continued ... “The Minister refuses to acknowledge the urgency of the situation and the need for real wrap-around on-site supports, so that people can get the help they need, and businesses and residents feel safe in their community.” ​

“The term ‘24-7, wraparound service’ implies that clinical support is there when it’s not. Our province’s vulnerable populations in supportive housing don’t actually have that support and that’s disappointing and deeply troubling”, stated the Coquitlam-Burke Mountain Liberal MLA Joan Issacs.

MLA Todd Stone ... describing the situation on the West Victoria Street Corridor during a media availability at the legislature, July 13, 2020. (https://www.youtube.com/watch?v=FI9awDjQR9I)