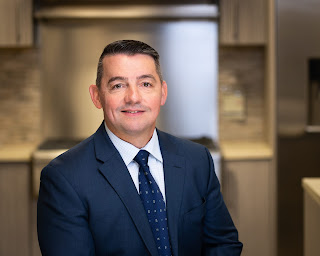 "We didn’t bring the problem to the area, why should we be the ones forced to suffer for the government’s decisions" ~~ says West Coast Appliance owner Byron Loucks (image)

Following increased property damage and a surge in local crime, more people are coming out publicly against John Horgan and the NDP's bungled housing plan.

“The NDP is failing to provide the 24/7 onsite mental health, addiction, and recovery supports that at-risk populations need, and it’s putting the safety of everyone involved at risk. Instead of ensuring vulnerable people get the proper supports they need, the NDP are warehousing people in places that aren’t equipped to provide them with the level of support they need to get better. It's unacceptable.”

Following the government’s purchase of the Comfort Inn in Victoria, Byron Loucks who owns Westcoast Appliances nearby, has faced a difficult situation and worries for the safety of his clients and staff as well as the survival of his business.

“This was a very quiet neighbourhood. Now, 24/7 we have a highway of people who walk from the Comfort Inn through our parking lot at all levels of intoxication, clothing-optional, often screaming profanities at the customers and staff,” said Loucks.

“Just recently, my truck was broken into in the middle of the day. Two weeks ago, our store was broken into when a large steel bollard was thrown through our front door. I now have to confront intoxicated, screaming individuals daily as a way to keep our parking lot clear and our customers safe”.

“My entire life is tied to this business. I now fear that because of our location we may be forced to close for good. We didn’t bring the problem to the area, why should we be the ones forced to suffer for the government’s decisions?”

Since this government began warehousing vulnerable populations in hotels throughout the province, the conditions around these shelters have deteriorated and neighbouring communities and small businesses are being left to deal with the consequences.

“John Horgan and the NDP have put vulnerable citizens at risk, neighbourhoods in danger, and local small businesses unable to operate under the unsafe conditions. It’s not safe or fair to anyone impacted by these decisions,” added MLA Jane Thornthwaite, BC Liberal Mental Health & Addictions Critic.

“It's now up to the Premier and housing minister Selina Robinson to admit they botched this and finally understand that 24/7 onsite supports must be part of any supportive housing to ensure the safety of those we're trying to help, and those in the surrounding community as well. Everyone deserves better.”