THE SIDEWINDER – Gone, but not totally forgotten 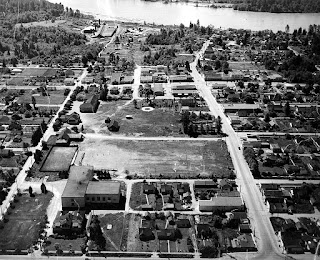 I thank God for the efforts of local museums where archival photographic postings of old barns, small town scenes and community halls help preserve memories of these things and other fast disappearing rural countryside features.

The poignant thing about many of these photos and documents is how deeply they emphasize the demise of Maple Ridge's as a rural, pastoral paradise.

The destructive nature of urban sprawl began decades ago, and is now fully evident as small family farms give way to single family small lot residential subdivisions, and the town core closely resembles any other town where city councils have lusted after growth.

The official community plan of the 1980s, which was supposed to safeguard against the loss of quality of life, has become the very instrument which has hastened the demise of broadly based community spirit and preservation of a desirable lifestyle.

Some folks think it's merely evidence that Maple Ridge is growing up. Indeed, Maple Ridge is now a city but I'm not sure that's a good thing. Is it our destiny to become a scattered collection of subdivisions separated only by those lands which are not suitable for development?

Not that many years ago there were dozens of small farms in Maple Ridge and Pitt Meadows which shipped milk to the Fraser Valley Milk Producers Association plant on the Lougheed Highway in Burnaby. It would be more familiar by its popular name, Dairyland. 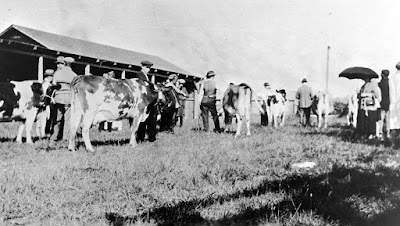 Today, only a tiny fraction of those local milk producers remain in production, and the old milk cans in which the milk was shipped have become collectible antiques. Nowadays, huge tanker trucks collect the milk.

As the number of viable farms and other features which marked Maple Ridge and Pitt Meadows as distinctively rural communities diminish, the array of wonderful nostalgic photographic images preserved in museums and private collections and our own memories will soon be all that remains of that comfortable past when it was possible to raise a family and grow all they needed to sustain a satisfactory lifestyle on a few acres or even a large city lot.

Much of the land has become far too valuable to be maintained as small farms.

Other economic factors such as prohibitively high municipal taxes frequently leave most rural property owners with very little choice but to take the money and leave behind a lifestyle, they will never be able to replicate on a small lot in the sprawling suburbs.

If you think I'm exaggerating when I refer to prohibitively high municipal taxes, you should understand that many people who live-in middle-class homes on four or five acres are probably paying more than five thousand dollars per year in property taxes. That amount quickly becomes unaffordable for retired people or those living on a fixed income.

Official community plans became compulsory in the 1970s and 1980s. These grossly inadequate documents were supposed to provide a guide for the orderly development of our community, but that noble experiment has been a colossal failure. 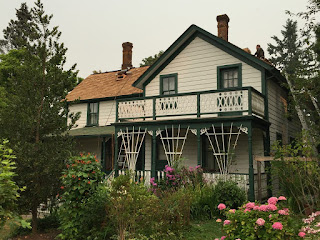 There has been a terrible lack of vision in the unfolding and ever-changing drama of the official community plan. I simply cannot believe that any municipal council would have approved of the plans if they could have foreseen the results.

The one certain thing is that no council has a mandate to rezone and subdivide every piece of land from the Golden Ears Mountains to the Fraser River.

Maybe we should slow down a little and allow time to capture more of what is disappearing before it's all gone.