THE SIDEWINDER – Growing Old Is Fun

When I was quite young (more than 60 years ago), I contemplated the possibility that I might actually live until the year 2000 and would thereby see the turn of the century.

At the time, I wondered who  wants to be 60 years old? It seemed like dinosaur years to me but, now that several months ago I celebrated my 80th birthday, my attitude has drastically changed. Nowadays I look hopefully towards possibly completing a century here ON planet Earth before being placed IN the terra firma of the planet.

My attitude about age and aging isn't the only thing that has changed in my approach to life. I have grown crustier and less understanding of those with whom I disagree. I don't think I've changed that much but some of you folks must suffer from a diminished mental acuity as your arguments seem to lack the clarity and pure logic of my own scholarly outlook on various subjects.

One thing about me which hasn't changed is my small 'c' conservative approach to politics which I believe to be the natural inclination of most intelligent Canadians.

Before you left-leaning tree-hugging socialists and liberals start your very predictable rants, let me emphasize that I said small 'c' conservative.

I haven't held a membership in any provincial political party for many years, other than a very brief foray into the ranks of the British Columbia Conservative Party (BCCP).

Prior to the last provincial election, I attended an annual meeting of the Maple Ridge-Pitt Meadows BCCP constituency association where a quorum of ten members was required to make the meeting official. Only seven members had attended and I think I was the youngest.

To say that the leadership of the British Columbia Conservative Party at that time lacked charisma, or political savoir faire, is a huge understatement. The Rhinoceros Party of several decades ago had more energy and probably more members.

As an added indication of the moribund nature of the party, it took almost three years of steady prodding on my part to get my name struck from their membership rolls and mailing list.

Local politics also leave me cold as so many well meaning but inept candidates are elected. Even though some intelligent folks are successful, in many cases their dim-witted opponents outnumber them.

Then there is the hate factor which is present in almost every major public issue.

A good case in point are the Facebook hate sites which supposedly exist to protect us, or warn us, of some evil or other. Too many of them can offer only hateful rants without offering any real solutions to the social problems plaguing our communities.

At one time, I was probably one of the loudest ranters amongst these folks but I've mellowed significantly. 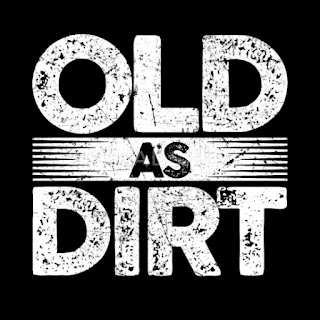 Now that I'm definitely on the fringes of political stuff, I can freely state that I no longer care because I know that hate never solved anything.

I'm almost as old as dirt and it doesn't much matter to me if people approve or disapprove of my stated opinions.

After all, if they really don't like it, why are they reading this stuff and what sanctions can they impose on me?

I guess they always complain to Facebook which can take away my privileges.


SANDY Macdougall ... is a retired newspaper reporter. He was elected for three consecutive terms to Maple Ridge municipal council in the late 1970s and early 1980s, and also ran for the Progressive Conservatives in Kim Campbell's ill-fated federal election campaign. He now makes his home in the BC interior community of Kelowna.