THE SIDEWINDER -- Horgan will call an October election 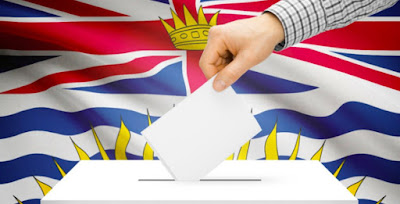 Premier John Horgan has suggested that there could be an opportunity for a fall election in British Columbia. I would go further and predict that there will definitely be a fall election and the NDP will win a comfortable majority.

Oddly enough, the NDP victory will be the result of the role of a single person who will not be a candidate in the election.

Horgan is under no obligation to call an election until October 2021, but there are compelling factors that will influence his decision to drop the writ -- a year ahead of schedule.

Currently, Dr. Bonnie Henry is the most popular public figure in the province. While performing admirably in her role as our provincial public health officer, she cannot become involved in partisan politics but she is the face of BC's fight in the battle against COVID19.

Her leadership in this battle has had a calming influence on citizens and politicians alike. People like her and they trust her.

Although she won't be a candidate, voters will identify with Dr. Bonnie, and that will reflect itself in support for the NDP government, which has wisely allowed her to formulate our approach to the worst public heath threat in the past century.

By waiting until October 2021 to call an election, COVID-19 could be under control and the NDP would lose the huge Dr. Bonnie advantage.

The Liberal opposition is not currently prepared for an early election and won't be by this fall.

The rudderless Green Party will not be a factor in the coming election and will be fortunate to hold on to their two remaining seats.

Meantime the Conservative Party of BC remains as an unknown factor, but its supporters are enthusiastic. Trevor Bolin, the party's new leader, has created an excited buzz in the Peace River area, which they hope will spread to the rest of the province. 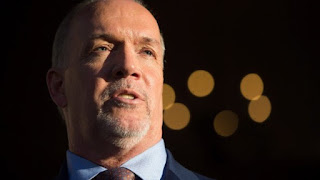 Horgan's NDP government will have to present a budget in the new year, and it will reflect the sad state of our economy, something the NDP could do little to mitigate but will fairly or unfairly reap the blame.

By calling a fall election, the budgetary woes facing BC will be less of a factor than it will be in the new year.

There can be little doubt that Premier Horgan would love to seize the opportunity to shrug off the burden of the NDP's coalition with the Green Party.

So, fellow voters, prepare yourself for an October 2020 election with the writ being dropped soon after Labour Day.