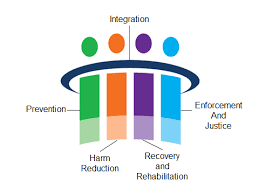 Throwing up his hands in an apparent admission of defeat, Premier John Horgan has thrown a live grenade into the laps of local governments as he challenges communities to solve their own opioid drug crises.

A few common elements have been present for decades in the systemic failure to deal effectively with drug addiction, alcoholism and the mental illnesses associated with homelessness.

Bureaucratic incompetence, political ignorance and a lack of an official will to actually do something useful and acceptable lies at the heart of it -- and we are left with an Anita's Place (Maple Ridge) in too many communities across the province.

Fortunately, Anita’s Place was closed and has been replaced by a small city park.

The common thread running through these tent city ghettos is the unfathomable monster of the BC Municipal Affairs and Housing bureaucracy. These well-paid sociologists and regulators are little known at the public level but their rulings and actions and control of funding has resulted in social tragedies, chaos and controversy at almost every turn along the way.

BC Housing's willing partners in this slide into hell are provincial and federal public health officials, all of whom join together in an unholy wielding of power and funding which no local government can match.

The delays, roadblocks and turf wars of these bureaucracies have resulted in the homeless issue being turned into a major hot button topic where it has become almost impossible to solve. Added to the nightmare mix of senior government bureaucracies, we have the incompetent political bungling of too many city councils.

The ultimate fate of too many homeless people has been lost in the shuffle as communities divide themselves into various sides in the conflict.

They have gathered up their shields and lances and marched into endless debate where nothing is resolved and the tragedies go on unabated.

Various government ministries and city councils have been riding the Four Pillars concept of how to deal with drug addiction and its accompanying social issues for too long.

The Four Pillars of prevention, treatment, enforcement and harm reduction have led to the widespread acceptance of low barrier administrative concepts which have failed miserably. 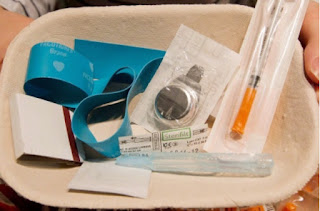 The main result has been the enabling of addicts, alcoholics and mentally ill homeless people.
If anything, only two of the Four Pillars have ever received even lip service with enforcement and treatment having become nothing more than a big joke.

Needle exchange programs, safe injection sites, the issuance of opioid drugs to users and other similar enabling aspects of harm reduction leave most of the sufferers with a very bleak future and it is all propped up with manufactured fake news statistics.

Because of the intransigence of city halls, the provincial government and BC Housing, we have reached an impasse with no end in sight and stand nowhere closer to finding a solution to the greatest social tragedy of our times.

My best wishes for a long, hot summer, especially to city councils, BC Housing, the provincial government and Premier John Horgan.