‘While differing a bit from what we had called for, by and large, BC’s vaping action plan is a good start’ -– BC Liberal MLA Todd Stone (Kamloops South Thompson)

Late last November the BC Liberal Opposition introduced three amendments to the government’s Taxation Statutes Amendment Act.  These changes all focused on transparency and accountability, which would have either created a designated education fund from vaping PST revenue, put all revenues into the existing Special Health Account.  At a minimum, it would have required an annual report to the legislature -- of total PST revenue collected -- and how the revenue was spent.

Regrettably, the NDP said no to all three of these proposed amendments at the time.  Still, Kamloops South Thompson BC Liberal MLA Todd Stone expressed cautious optimism that actions were beginning to unfold.

“Moving forward, we will be vigilant in holding the government accountable for implementing the anti-youth vaping actions quickly,” stated Stone.

“We will monitor the effectiveness of the government’s decision not to proceed with an outright ban on flavoured vaping products, and advocate for the necessary resources to be invested in education programs related to awareness, prevention and addiction support in every middle and high school across BC.”

Eight months later, the provincial government has now announced they’ll be bringing into force regulations to fully implement what they are calling a leading-edge vaping action plan, which they announced back in November – and for which proposed amendments by Liberals had been rejected. 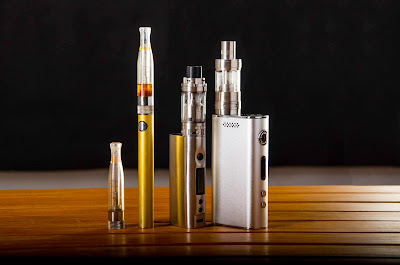 “We heard from young people across the province that vaping companies are targeting them with a product that poses real and serious health and addiction risks,” said Adrian Dix, Minister of Health.

“That’s why we are bringing in regulations to keep vapour products away from developing lungs and to prevent nicotine addiction. We know youth are eager to get involved in this action, and I’ve seen promising work through early youth engagement to help influence their peers and stop this dangerous trend of addiction.”

Today, Todd Stone told me that ... “While differing a bit from what we had called for, by and large, B.C.’s vaping action plan is a good start”.

That good start means that new E-Substances Regulation, under the Public Health Act, will restrict the amount of nicotine in vapour pods and liquid to 20mg/ml, and requires retailers to sell only those vapour products that are plainly packaged and have labels with health warnings.

New retailers planning to sell vape products will need to comply with the regulation immediately. Existing vapour-product retailers will have a short transition period until Sept. 15, 2020.

Changes to the Tobacco and Vapour Products Control Regulation ban advertising of vapour products in places where youth can access, hear or see advertisements, such as bus shelters or community parks. They also restrict the sale of flavoured vapour products, which are attractive to youth, to adult-only shops.

Other non-regulatory action under the Province’s vaping action plan, includes a youth-led anti-vaping social media campaign to de-normalize vaping. Youth throughout B.C. were engaged through regional youth advisory tables, to provide guidance for the “evaporate” campaign. Launched in February 2020, the campaign has so far garnered over 27 million digital impressions. 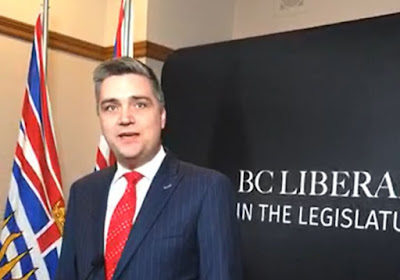 With provincial support, last year the BC Lung Association created and distributed a youth vaping prevention toolkit to all K-12 schools in British Columbia. The toolkit provides information for educators, parents and youth to use when having discussions and making choices about vaping.

“We will monitor the situation to ensure the plan keeps these addictive and harmful products out of the hands of our kids”, stated Todd Stone late this afternoon.

"They deserve nothing less.”, Stone concluded.