ADAM OLSEN -- Site C is proving to be an endless money pit, beset by cost overruns and delays 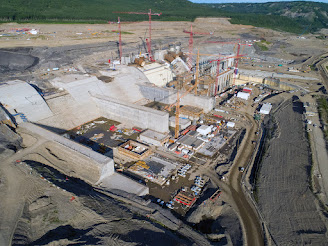 The Site C Dam project is in serious trouble.

Please join me in telling the BC NDP that Site C is a waste of money.

The reports show cost overruns and schedule delays, with the overall health of the project classified as “red,” meaning the project is in serious trouble.

These cost escalations cannot credibly be blamed on COVID-19. BC Hydro's own reports show that the overall health of the project was "red" as of December 2019 due to cost pressures from geotechnical instability and contract disputes.

This project cannot be given a blank cheque to proceed at any cost imaginable.

Site C is proving to be an endless money pit, beset by cost overruns and delays. The BC NDP say they don't even know what the final cost will be. It’s a colossal waste of money and British Columbians can't afford to keep digging when we don’t know how deep this hole will go.

Add your name to tell the BC NDP that Site C is a waste of money.

This all could have been avoided had the BC NDP listened to the warnings of experts.

In their 2017 report, the BC Utilities Commission found that the government could cancel Site C and fulfill BC’s electricity needs with renewable energy projects at equal or lower cost to British Columbians.

Our caucus argued for cancelling the project at that point, but the BC NDP chose to go ahead.

Let’s show the BC NDP that the mounting costs of this project are not worth its returns ... Add your name.