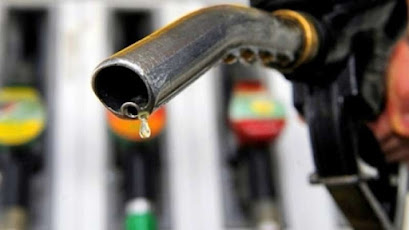 BC Liberal MLAs Mike Bernier and Ellis Ross are demanding answers -- after it was revealed NDP political staff in John Horgan’s Office Horgan’s office were involved with the content produced -- for the new gas price website of the independent British Columbia Utilities Commission’s (BCUC).

“Earlier today NDP Minister Bruce Ralston professed that the BCUC’s new gas price website is independent, so why are political staff in John Horgan’s office reviewing and approving the content?” asked Bernier, BC Liberal Critic for Oil and Gas Development.

“The NDP also boldly claimed the website’s transparency would bring down the price of gas. If that's the case, then why hasn't the data they’re relying on — data that is currently publicly available from Kent Group and posted on other sites like GasBuddy — already had an impact?”

When asked about making the BCUC’s gas price tracking website easier to use and more transparent, Minister Ralston insisted that he couldn't due to the BCUC's independence, stating: “I don’t have the power to direct them to do that.”

However, documents obtained from a Freedom of Information (FOI) request reveal that John Horgan’s political Director of Communications, Sage Aaron, reviewed and authorized the website’s content.

“Relying on transparency alone won't help drivers facing pain at the pumps. The NDP need to focus on the one factor they actually control, which is sky-high provincial taxes,” added Ross, BC Liberal Critic for LNG and Resource Opportunities.

“Between potential political interference from the Premier’s Office and the fact that none of the information being provided will actually decrease the price of gas, sadly, it’s painfully obvious that this is nothing more than NDP political theatre.”

FOI documents also revealed none of the data on the government’s gas price website is actually information collected under the act. Taxpayer funds are being used to purchase and re-post data already being collected from the BCUC.

This means the website is just another GasBuddy with window dressing.