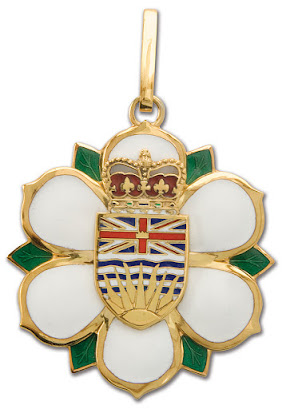 Thirteen exceptional people will be appointed to the Order of British Columbia, the Province’s highest form of recognition, Lieutenant Governor Janet Austin, chancellor of the order, has announced.

“As the representative of the Crown in British Columbia and chancellor of the Order of British Columbia, I am delighted to welcome 13 new members to the order,” Austin said.

“They have helped us to grow as a province, taught us to care for our environment, enriched our lives with literature and art, helped us to address past injustices and inspired us to become a more caring and inclusive society. To recognize these remarkable people, who are changing our communities for the better in many ways, is an honour of great personal significance to me.”

“As we celebrate BC Day, I want to recognize the efforts, achievements and accomplishments of this year’s Order of British Columbia recipients,” said Premier John Horgan.

“Congratulations on receiving this well-deserved honour. Your many contributions have enriched the lives of British Columbians and helped make our province an even better place.”

This year’s recipients are:

Over the years, the B.C. government has worked to increase awareness of the Province’s highest honour to ensure that outstanding people from all walks of life and from all parts of the province have an opportunity to be honoured.

The Province has received more than 5,900 public nominations for the Order of British Columbia over the past 31 years.