CATHY MCLEOD – On one hand the WE scandal stalled student grant program ... on the other hand we have Community Boosters working together

The big losers in this whole WE scandal mess are students and charities who would have been mutually benefiting each other by now had the new $912M Canada Student Service Grant program not drowned in scandal.

The Prime Minister announced the program April 23, and on June 25, we learned WE Charity would manage it.

Since then it’s come to light that Justin Trudeau’s family members were paid $566,000 for involvement in WE Charity events, and Finance Minister Bill Morneau’s two daughters also have WE ties. Additionally, WE paid $41,000 for two vacations for Morneau’s family in 2017, money he only repaid last week.

So both Trudeau and Morneau are under investigation by the federal Ethics Commissioner for potential conflict of interest and are in the hot seat with questions from three different House of Commons committees, not to mention the media.
It’s basic stuff that elected officials recuse themselves from discussions, decisions, debates or votes on issues where they might have a conflict of interest.

Both Trudeau and Morneau have now apologized for not stepping away from discussions about awarding the contract to WE, and WE has left the presently-stalled program to be run by government.

But the apologies ring hollow given both politicians have been found guilty of ethics violations before.

It’s a real shame as it was entirely avoidable. 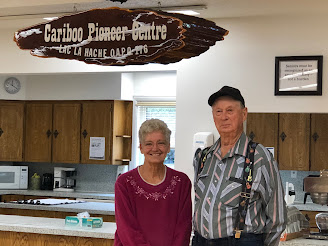 Ron and Judy Boehm ... have looked after the Cariboo Pioneer Centre for almost 20 years. Used for seniors’ events and more, it’s an important fixture in Lac la Hache and received monies from the Emergency Community Support Fund.

To help vulnerable Canadians during the pandemic, the Federal Government launched the $350-million Emergency Community Support Fund. United Way Thompson Nicola Cariboo was entrusted to give out $650,000 to area charities and congratulations go to: