Mark Carney — the former governor of the Bank of Canada and the Bank of England — has been acting as an informal adviser to Prime Minister Justin Trudeau on the federal government's response to the COVID-19 pandemic.

Carney "certainly has been advising the PM through different phases of this," said a senior government official speaking on background. "I'd hope we can count on him for more." 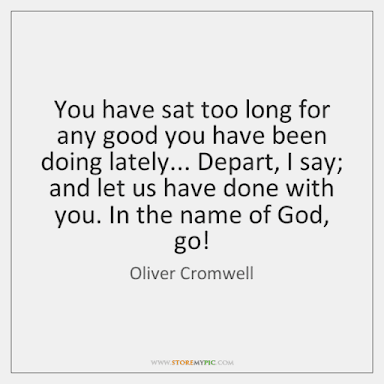 This is incredibly dangerous to Canada’s sovereignty.

Mr. Carney is not a neutral advisor primarily interested in the security and welfare of Canada and her people. Mr. Carney’s primary interest is pressing the United Nations Intergovernmental Panel on Climate Change (IPCC) insane and unworkable plans to eliminate carbon dioxide emissions.

There is no hard evidence that the proportion of carbon dioxide gas in the atmosphere drives our climate. It is an unproven hypothesis based on faulty computer models and algorithms that the author (Michael Mann) will not reveal for scrutiny by qualified scientists.

Validation of a hypothesis is central to scientific progress. Refusal to reveal his calculations for verification indicates flaws he does not want to reveal.

The World Health Organization (WHO), another UN agency, spent months downplaying the dangers of COVID infections only to pivot in mid-march and declare COVID the most dangerous virus ever. The WHO, supported by governments and the media, has successfully created a COVID Exaggeration Syndrome -- designed to scare people into relinquishing their freedoms and rights to prevent the spread of another flu virus.

It is a better-organized replication of the IPCC doomsday predictions.

The financial crisis Canada is facing is a direct consequence of our lock-down approach to COVID. There are no intervening or external factors.

Our governments chose to lock down the economy for a protracted period. That led to borrowing hundreds of billions to prevent widespread personal and business bankruptcies which would have resulted in civil unrest and removal of the federal government.

Government efforts to offset some of the results of a destructive economic policy are aimed at maintaining political power.

Hundreds of thousands of Canadians who fell through the cracks and will not survive financially attest to the poor planning of financial countermeasures. If Mr. Trudeau and his government are incapable of dealing with the fiscal crisis they have created, they have no choice but to resign.

I am reminded of a speech by Oliver Cromwell when dissolving the British Parliament in 1653:

“You have sat too long here for any good you have been doing lately….
Depart, I say; and let us have done with you. In the name of God, go!”

Three hundred and sixty-seven years later, it is eerily appropriate for our situation.


BONUS material ... apparently, Mr. Carney did not do a stellar job of shepherding the UK through the epidemic. “The UK is in recession for the first time in 11 years.”