FELDSTED -- This government has replaced safety and security with anxiety, fear and uncertainty 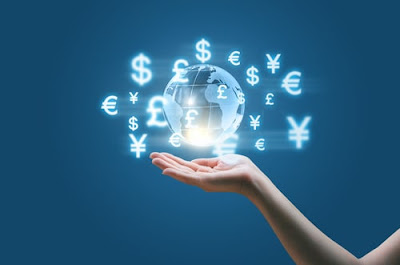 To build back better, we must reinvent capitalism ...

The pandemic has brought into focus many of the vulnerabilities in our systems and institutions.  But it also offers us a chance to shape a more resilient and sustainable world.

Here's how businesses and policy-makers can start building the green and inclusive future we need .....

We are to believe that by destroying capitalism that we can rebuild a more robust capitalism? Let's have these chaps share a little of whatever they are imbibing.

First, they convince our governments that the only way to combat a virus epidemic is to quarantine the entire population for an extended period. Most of the nation shut down with devastating effects on our economy, personal health and well-being.

Efforts to provide income replacement for people forced out of their livelihoods have been deliberately overly complicated, piecemeal and unfocused. Financial officers have spent hundreds of hours calculating and recalculating eligibility for wage subsidy programs with shifting regulations.

Never in history have democratic nations treated their populations as if they had neither rights nor freedoms. Stop and consider this for a moment. The World Health Organization's (WHO) approach to the COVID virus epidemic is a rejection of the United Nations Universal Declaration of Human Rights.

Using the failed COVID epidemic response as an excuse for having incompetent idealists thrust a new economic order on us is disgusting. The notion that the World Economic Forum can concoct an economic model that will fit vastly different nations is ludicrous.

It is no accident that Justin Trudeau’s partner in crime, Gerald Butts, is heavily involved in this effort to subject us to the arbitrary rule of kings in place of democracy. We have to firmly and impolitely send Trudeau and his extended royal court off to the showers and allow others to make an honest attempt to bring order out of the chaos they have created.

The rule for the next election, which cannot come soon enough, is Do Not Re-elect (DNR).

There are a precious few Members of Parliament who have worked hard to rein in a corrupt, arrogant and failed government focused on image without substance. They have no coherent plan for bringing us the peace, order and good government demanded by our constitution.

This government has replaced safety and security with anxiety, fear and uncertainty.

If we refuse to re-elect incumbents, we stand a chance of rebuilding what they have taken from us – dignity, equality, freedoms, rights and security.