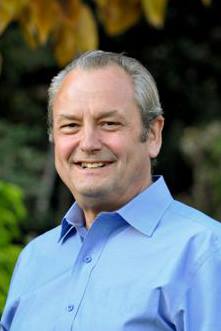 At risk of seeming to question the received wisdom on COVID-19, I do believe there are questions that need better answers.

Let me first say that the B.C. government and Dr. Bonnie Henry have done a good job of managing this challenge. My questions are actually not necessarily focused on the province, although I will use a few provincial facts to illustrate.

Initially, we were challenged to “flatten the curve”. We did that. The hospital space that was made available never came anywhere close to being utilized.

Now we are testing about 4,000 people a day to track the virus. These tests are not random, but are often driven by those who feel they may have been “exposed”.

Yesterday (August 13) 78 new “cases” were identified. This means about 2% of tests are currently coming back “positive”.

This begs a question: How many of these people are actually sick, or become sick?

Keep in mind that for everyone that is identified as a “case”, all their “contacts” need to go into a 14-day quarantine.

Next question: How many people in quarantine go on to become ill? Also keep in mind that the test apparently produces false positives at a rate of up to 30%.

In British Columbia, 195 people have passed away as a result of COVID, but 3,500 have fully recovered. What are the stories of those who’ve recovered? I think we could all learn from their experience.

The reason I think these questions need answers is because of the tremendous societal dislocation that is ongoing. I believe there’s an absolute requirement to ensure the measures being taken are effective and still proportional to the threat.

Everyone should have a clear picture of the various factors involved. Many of the experts who led the lock-downs and other measures initially were quite wrong in their responses. Could it be that the current initiatives to combat COVID should be reviewed and modified?

I encourage everyone to think critically, as we all should, always.

John Les … served 28 years in elected office: 3 years as a counselor and 13 years as Mayor of Chilliwack, followed by 12 years as MLA for Chilliwack. He is a former Minister of Economic Development, and a former Solicitor General. He subsequently served five years as chair of a quasi-judicial administrative review panel.

He was born and raised in Chilliwack. He and his wife Mattie were blessed with six children, who between them are raising 21 grandchildren!