PECKFORD ... and Canada wants to help this country develop a virus? 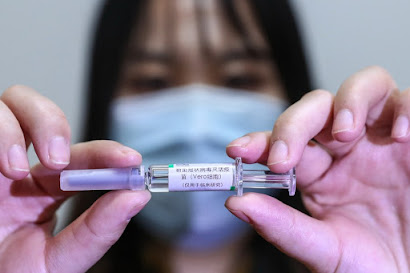 The virus trials between Canada and China are off ...

Well no. I did not understand how it got going in the first place.

First, why would Canada agree to dealing with China on a virus (COVID-19) they allowed to get to Canada, and which saw many die as a result, many sick, and put our economy in a tailspin ... a country that refuses to allow the world to examine what happened.

Second, why would Canada agree to deal with China when China is holding two Canadians in jail on fake charges?

Third, why would Canada agree when there is an extradition process under way to send a Chinese Corporate executive to the USA?

Fourth, why would Canada think that such an agreement would be approved by the Chinese government given the above?

If ever there was a ‘mixed up’ Canadian government -- on an issue -- this is it.

What is it about this Canadian federal government and China?

I say thank God the whole thing crashed —— sadly it was not of Canada’s doing.

We, Canada, are lamenting it according to various news stories.

... spreading a deadly virus around the world killing thousands ...

... refusing to having others examine what happened ...

... dominating what is suppose to be a neutral World Health Organization ...

... and Canada wants to help this country develop a virus?


Brian Peckford was elected in 1972, as a Progressive Conservative, to the Newfoundland Labrador House of Assembly. He became Premier at the age of 36, and held the leadership of his party and government from 1979 to 1989.

In 1993, he and his wife Carol moved to British Columbia and they now live in Parksville, on Vancouver Island.

He blogs at Peckford 42.