PECKFORD – It is through their own Black Lives Matter colour lens, that others ‘will be seen’, it seems

What does Black Lives Matter Stand for? It’s confusing to me.

I was taught by a great high school teacher to always seek the facts, go to the source if possible. That teacher was always insistent that one clearly define what one means in our discourse 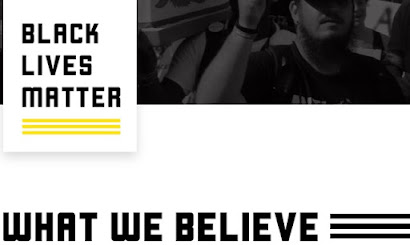 So that is what I am doing now.


In this present context, this is highly important in that some of what is being said will profoundly change the nature of our society.

Examining the Black Lives Matter website one can get some sense of what this loose organization is about.

In the first instance it is to promote the black people, as indicated in the section on ‘What We Believe’:

“We are unapologetically Black in our positioning. In affirming that Black Lives Matter, we need not qualify our position. To love and desire freedom and justice for ourselves is a prerequisite for wanting the same for others.

We see ourselves as part of the global Black family, and we are aware of the different ways we are impacted or privileged as Black people who exist in different parts of the world.”

So, it is through their own colour lens that others ‘will be seen’ it seems.

In another section the following is described:

“We disrupt the Western-prescribed nuclear family structure requirement by supporting each other as extended families and “villages” that collectively care for one another, especially our children, to the degree that mothers, parents, and children are comfortable.”

Now that’s a mouthful. Before I could sign up as is requested on the site, I would like to have some definition and elaboration as my good teacher would say. And ‘disrupt’ ... how would one do that? What does that mean exactly? Not violence, surely.

What is the Western prescribed nuclear family structure? Does western mean in the wester world? Or does it describe families in many parts of the world?

Then what does extended families mean... villages?

It is difficult not to think of medieval descriptions when one hears such words.

Does that mean that cities must go and we resort to the more rural and pastoral settings of the middle ages? Having villages will make transportation more difficult, won’t it. Does this mean we all work from home — with super wi-fi?

And then we read:

“We foster a queer‐affirming network. When we gather, we do so with the intention of freeing ourselves from the tight grip of heteronormative thinking, or rather, the belief that all in the world are heterosexual (unless s/he or they disclose otherwise).”

All I get out of this is we cannot think in a male and female sense. There are many forms of gender types, and they are whatever it is a person describes that they say they are.

Finally, the following statement is made:

“We cultivate an intergenerational and communal network free from ageism. We believe that all people, regardless of age, show up with the capacity to lead and learn.”

It is difficult to know what this means; and how it would be practiced in real life.

Then there is the ‘2020 What Matters Most Campaign’ with the following highlighted for the election:

So, I am sure it will be difficult for many to embrace this movement given it lack of definition, implementation plans, and just how much it will all cost.

Brian Peckford was elected in 1972, as a Progressive Conservative, to the Newfoundland Labrador House of Assembly. He became Premier at the age of 36, and held the leadership of his party and government from 1979 to 1989.

In 1993, he and his wife Carol moved to British Columbia and they now live in Parksville, on Vancouver Island.

He blogs at Peckford 42.