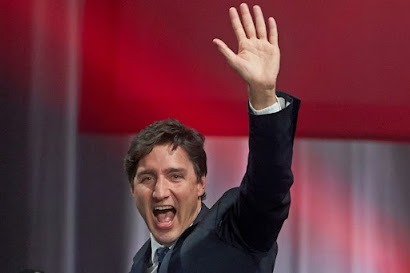 So ,You Have Shut Down The Peoples’ Right To Investigate You , Mr. PM.

It might be the dog days of Summer and hot outside.

But where it is the hottest is the ‘air’ surrounding Justin Trudeau, our law breaking Prime Minister .

Five times he has broken the law according to two Conflict of Interest Commissioners.

And now the Commissioner is investigating more conflicts and law breaking.

But these are not done in public. Just a report at the end.

But the peoples’ house ? It has Committees that are public.

So, close it down. Then the Committees can’t meet—-the Parliament is prorogued.

Remember in the previous scandal before this WE scandal , the obstruction of Justice one, the Prime Minister ensured  that certain witnesses did not appear to be questioned by the Conflict of Interest Commissioner. And the PM’s majority majority closed the Committee down.

So we get more of the same obfuscation and deflection.

Why? Because Canadians continue to support the PM ‘s Party that conducts such undemocratic actions.

And ... Cabinet Ministers  like their job and its money and perks more than doing the right thing and oppose their leader’s actions.

Canada’s parliamentary system is a wreck.